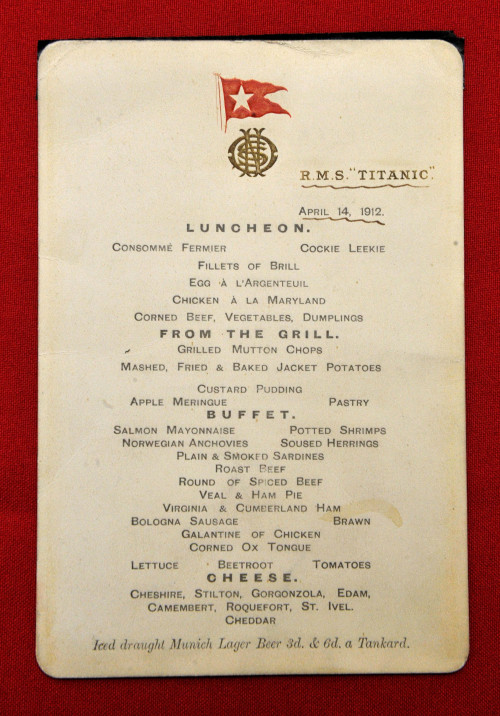 The menu given to first class passengers on the day of the sinking of the Titanic (AP-Yonhap News)
LONDON (AP) ― A British auctioneer says that a first class menu from the Titanic’s last lunch has sold for 76,000 pounds (about $120,000.)

The menu, kept by prominent San Francisco banker Washington Dodge, bears the date April 14, the day in 1912 that the reputedly unsinkable ship hit an iceberg and fell to the bottom of the Atlantic.

Devizes, England-based auctioneer Henry Aldrige & Son says the menu is one of the “rarest items of Titanic memorabilia to be sold in recent years,” adding it made its way off the ship in the banker’s wife’s purse.

Among the 40 options on the historic menu: Chicken a la Maryland and Consomme Fermier.

A set of keys from the ship were also sold Saturday, for 59,000 pounds.

All prices include the buyer’s premium.