The 46-year-old artist, who left the country in a surprise move seven years ago to concentrate on her performances, says her new life in New York has changed her and her music.

“I used to give dramatic comparison during the recitals, but now I want to play the music with my free spirit and my life full of experiences and feelings,” Paik told reporters in Seoul on Monday. 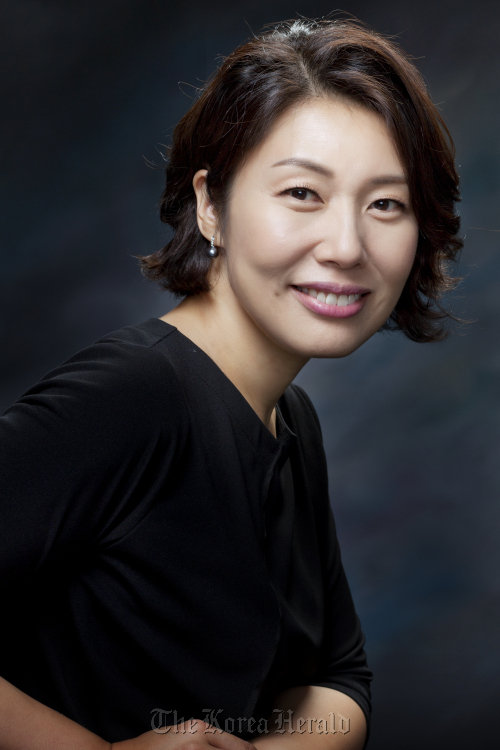 Pianist Paik Hae-sun (CREDIA)
Paik will hold four recitals in the months to come in four cities across the country. In Busan, Geoje, Seoul and Daegu, she plans to play classic music pieces mostly from French composers that are more romantic and poetic than her previous favorites. These will be her first recitals in Korea since 2009.

The artist will begin the program with the second book of Debussy’s “Images” to commemorate the 150th anniversary of the birth of the great French composer.

She also chose French composer Olivier Messiaen’s “Le Colombe” from Preludes and “Le Loriot (Golden Oriole)” from “Cataolgue of Birds,” and then Beethoven’s Sonata No. 31. The program will conclude with Chopin’s “24 Preludes.”

“I was struggling with three jobs ― being a mom, a full-time professor who was also asked to handle administrative work other than teaching students and also my career as professional pianist,” Paik said

During her free time ― before or after her kids’ school hours ― she enjoys going to different types of performances, appreciating art at museums and meeting artists from around the world. This routine has helped her develop herself as an artist, she said.

“I no longer feel afraid in expressing something during performances. I feel that I’m liberated from all those social barriers and pressures that I used to suffer from years ago (in Seoul).“

In the U.S., she continues teaching at the Hartt School, a performing arts conservatory of the University of Hartford and serves as artistic director for Busan Music Festival.