[ The Korea Herald – Send E-mail ]
Sundance time: Indie film world gathers
By Korea Herald
Published : Jan 19, 2012 - 18:42
Updated : Jan 19, 2012 - 18:43
PARK CITY, Utah (AP) ― Independent films that may have been years in the making get their first audiences at this week’s Sundance Film Festival. That could also mean careers in the making for unknown directors and actors whose movies connect with the right crowds. 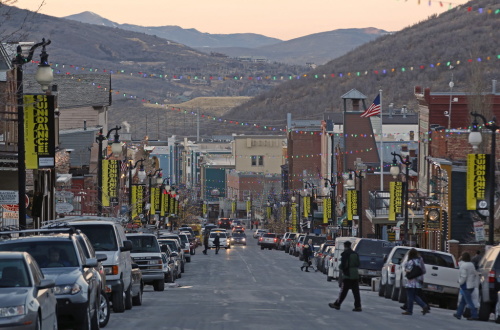 Robert Redford’s independent-cinema showcase was opening Thursday with 117 feature-length films, 64 short films and a lot of anxious filmmakers on the agenda during its 11-day run.

Some are established directors showing their latest work, such as Spike Lee with his urban drama “Red Hook Summer,’’ in which he reprises the character he played in “Do the Right Thing’’; Stephen Frears with his sports-wagering caper “Lay the Favorite,’’ starring Bruce Willis, Catherine Zeta-Jones and Rebecca Hall; documentary veteran Joe Berlinger with his Paul Simon portrait “Under African Skies’’; and Julie Delpy with her relationship comedy “2 Days in New York,’’ in which she stars with Chris Rock.

What makes Sundance the place to be for rising film talent every January?

“There’s a combination of factors. First, it’s the beginning of the year. That’s a very good time to start the year with a whole variety of new films, which Sundance brings together and curates rather well,’’ said James Marsh, who returns to the festival for the third time with his Northern Ireland drama “Shadow Dancer,’’ featuring Clive Owen and Andrea Riseborough.

“And Sundance has an international profile beyond North America. We know it’s a place that careers can get made and films get noticed,’’ said Marsh, whose Academy Award-winning “Man on Wire’’ premiered at the festival in 2008 and won Sundance’s top honor for world-cinema documentaries.

Sundance organizers say this year’s films are all over the map in style, story and tone. Yet they see a general theme of unease and uncertainty about life that may have grown out of worldwide political, social and economic unrest of the last few years.

“We’re seeing people questioning the status quo of the American dream. Like what is family, having babies, should I get married, is marriage even something I want to consider?’’ said festival director John Cooper. “A lot of stuff we took as status quo is being put to the test these days.’’

Along with a program of short films, the festival was beginning Thursday night with one film from each of its four main competitions:

― Actor-turned-director Todd Louiso’s U.S. dramatic entry “Hello I Must Be Going,’’ a love story between a 19-year-old man and a 35-year-old divorcee that stars Melanie Lynskey.

― Lauren Greenfield’s U.S. documentary “The Queen of Versailles,’’ examining the housing boom-and-bust story of a couple trying to build a palatial mansion.

The competitions, a midnight film program and Sundance’s star-laden lineup of non-competition premieres have produced many critical and commercial hits over the years, including “sex, lies and videotape,’’ “Precious,’’ “The Blair Witch Project,’’ “Clerks,’’ “Winter’s Bone’’ and “In the Bedroom.’’

Actors and filmmakers owe their careers to Sundance and the exposure they got there, among them “Super Size Me’’ director Morgan Spurlock, “Girlfight’’ star Michelle Rodriguez and “Napoleon Dynamite’’ star Jon Heder, who returns to the festival this year with writer-director So Yong Kim’s child-custody tale “For Ellen,’’ starring two other Sundance veterans, Paul Dano (“Little Miss Sunshine’’) and Jena Malone (“Donnie Darko’’).

“I feel like I owe Sundance everything as a filmmaker,’’ said “Queen of Versailles’’ director Greenfield, a photographer whose debut film, the eating-disorder documentary “Thin,’’ premiered at Sundance in 2006.

“I feel like I had a really charmed entrance into the documentary world by being able to have my first film at Sundance,’’ he continued. “I wasn’t really looking for a second career, but Sundance allowed me to feel like a filmmaker and really get confidence in that part of my voice as an artist.’’

Delpy, whose Sundance premiere “2 Days in New York’’ is a sequel to her 2007 film “2 Days in Paris,’’ said the warm and appreciative audiences at the festival help take the edge off the nerve-racking experience of showing a film for the first time.