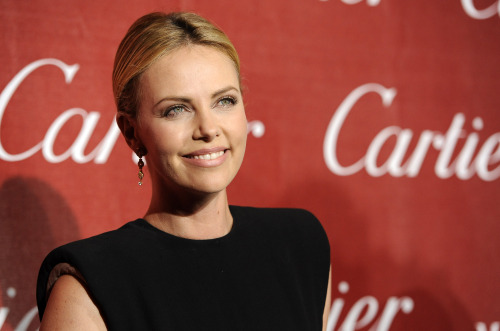 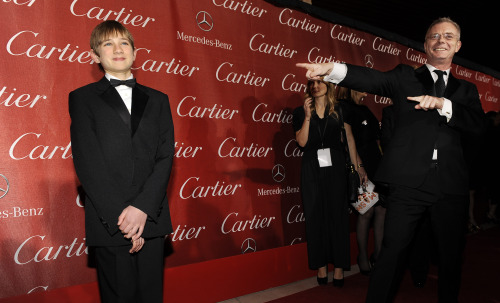 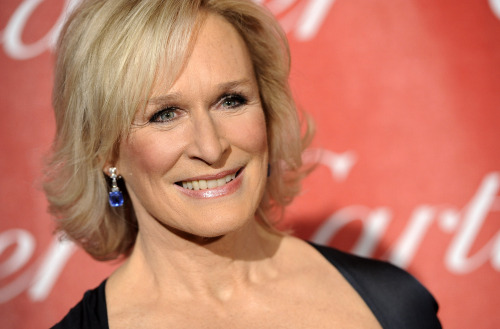 Actress Glenn Close, recipient of the Career Achievement Award, poses at the 2012 Palm Springs International Film Festival Awards Gala. (AP)
“When you're of age: drink,” Clooney noted to the newcomers at Saturday night's gala awards ceremony. “That's good advice to pretty much anybody.”

Among those relative newcomers were Clooney's co-stars from the drama “The Descendants.” “It is the first time we have dressed up all season,” said actor Matthew Lillard. “We have a couple months to put on nice dresses and suits.”

“Don't forget the shoes,” injected actress Judy Greer. “Oh man, am I going to need a massage when the next two months are over.”

Clooney, star of both “Descendants” and the drama “The Ides of March,” was given the festival's “Chairman's Award” for acting, directing, producing and writing. “They gave me a gavel on the way in,” he joked. “And I'm feeling like I might actually get protested now.”

Among other honorees: actresses Michelle Williams (“My Week with Marilyn), Jessica Chastain and Octavia Spencer (“The Help”) and Glenn Close (“Albert Nobbs”).

Pitt was handed the Desert Palm Achievement Award for his performances in “Moneyball” and “The Tree of Life.” Gary Oldman (“Tinker, Tailor, Soldier, Spy”) was dubbed International Star of the Year _ the significance of which seemed to baffle its recipient.

“I am on an international stage, rather than a local one,” Oldman noted. “I guess that is what that means?

Or perhaps he simply no longer needs a passport.

“Who designed the award?” Oldman asked. “Maybe I have just that and it gets me through customs.”

As excited as Jolie was to support partner Pitt _ the latter walking with a cane, following a skiing injury _ home in LA was where their hearts were. “We are rushing back to the kids tonight,” Jolie explained. “We have a birthday party in the morning with our daughter.”

“I found that the last time I was (at the Golden Globes), it was a very fun day,” said actor and director Kenneth Branagh, a Globe nominee for his performance in “My Week With Marilyn.”

“The fact that it is a smallish room by comparison with some of the bigger awards rooms means that it has an intimacy and a kind of slightly raucous quality that is very, very carefully adhered to,” Branagh explained. “I was very intoxicated.” (AP)