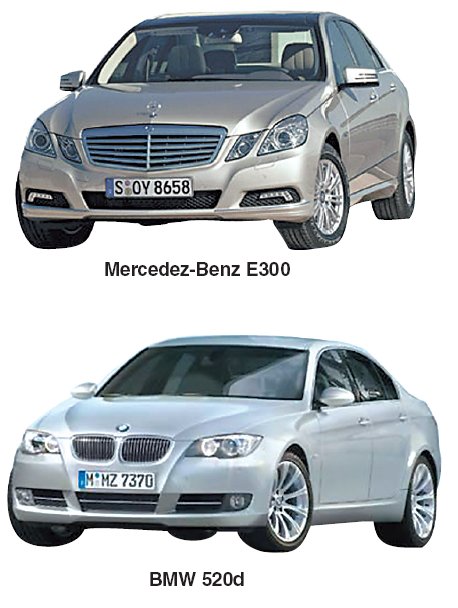 The nation’s import car industry saw its monthly sales fall for the first time in 28 months in December 2011.

According to the Korea Automobile Importers and Distributors Association, foreign carmakers reported combined sales of 7,879 units last December, down from 8,294 units a year earlier.

Concerning the possibility that undermined domestic demand could also negatively affect the import car sector, a spokeswoman for KAIDA downplayed it.

“There is a possibility that several foreign carmakers’ Korean units put the brakes on their imports as they could already have achieved their yearly sales targets,” she said.

She added that their sales in January 2012 will be a barometer to predict their coming performance in the local market.

But the import car industry marked an epoch-making figure in vehicle sales last year as more foreign companies, including Nissan, expanded their marketing and businesses.

BMW topped the list with yearly sales of 23,293 units, capturing 22.1 percent of the import automobile market.

KAIDA forecast the import car market will grow about 12 percent this year.

Foreign carmakers are expected to grab 10 percent of Korea’s automobile market in either 2012 or 2013 after the market share surpass 1 percent for the first time in 2002.