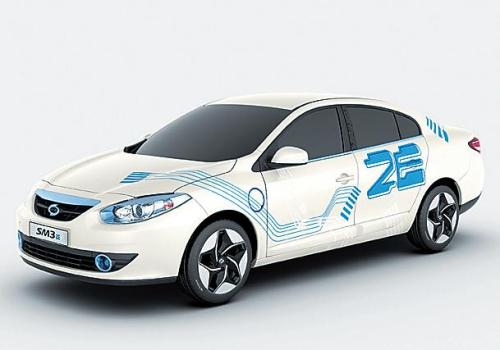 Renault’s SM3 ZE
But EV cars unlikely to be a popular option even in a decade, analysts say

Both have vowed to launch the country’s first mass produced electric car in 2013.

Kia Motors Corp., an affiliate of Hyundai, rolled out the all-electric version of its compact car Ray earlier this month and said it will supply a total of 2,500 units to public agencies this year and start mass producing it for the public in 2013. 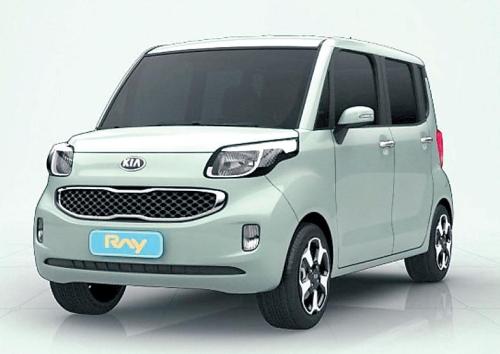 Kia's Ray
The Korean unit of French carmaker Renault Samsung plans to do the same with its mid-sized SM3 sedan. Kia’s Ray will require drivers to recharge their lithium ion battery by visiting one of over 500 charging stations, while SM3 ZE drivers will be able to exchange their batteries at a swap station in less than 90 seconds.

There is no clear leader in the domestic market compared to other global players, and success for their electric cars is unlikely, analysts said.

“Nobody will be buying the SM3 ZE or Ray EV if their pricing stays at the level widely predicted now. I’d say less than 5 percent of drivers here would be on electric cars even in 2025,” Ahn Se-hwan, an analyst at IBK Securities said.

The government on Dec. 22 said those who buy the RAY EV or the SM3 ZE will receive a tax credit of up to 4.2 million won ($3,630) when they are launched in 2013. Other tax incentives also include exemptions on acquisition tax and special consumption tax.

While pricing hasn’t been fixed, the SM3 ZE is speculated to top 65 million won, more than quadruple the price of the gasoline-powered 2012 SM3. Buyers of the Ray EV will be subject to more tax incentives given it is a compact car, but should its pricing be fixed at 47 million won as expected, consumers are unlikely to commit to the vehicle, Ahn said.

A battery that is as efficient as a tank of gasoline has been too expensive to commercialize. Gas stations offering electricity for the fuel-cell vehicles are also in need of more state support.

“GM tested the capability of Chevrolet’s all-electric EN-V concept car in Korea one year ago in collaboration with the Seoul city government and the feedback was very favorable, fitting right into the urban lifestyle and driving conditions,” Michael Bly, GM’s chief of global electrical systems said at a press meeting.

The Ministry of Knowledge Economy earlier this month said it would spend about 70 billion won ($65 million) on electric-vehicle development by 2014, including building of electric charging stations.