Yanagi’s curvaceous “butterfly stool,” evocative of a Japanese shrine gate, won an award at La Triennale di Milano in 1957 and helped elevate him to international stature.

The work later joined the permanent collection of the Museum of Modern Art in New York and the Louvre museum in Paris.

Another typical Yanagi design was the stackable plastic stool, humorously called the “elephant stool,” because of its resemblance to the animal’s chunky feet.

The lines and curves of Yanagi designs were as distinctly Japanese as they were universal, winning him fans ― and a place in homes not only in Japan but around the world ― for his tea pots, ceramic cups and even the lowly whisk, which became artwork with his touch. 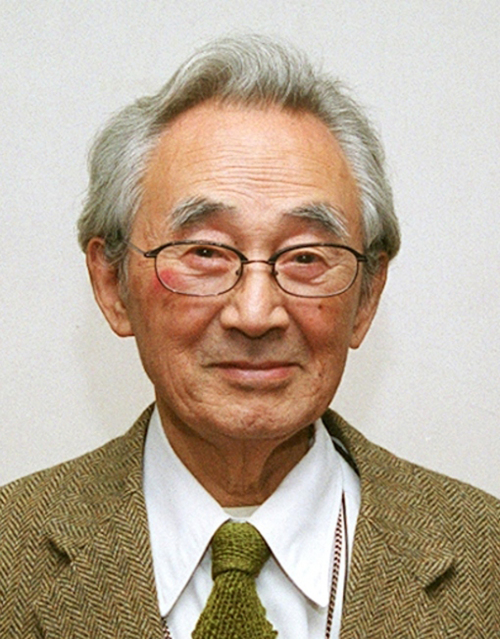 Sori Yanagi, a pioneer of Japan’s industrial design (AP-Yonhap News)
Yanagi chose design for his career after falling in love with the work of architect Le Corbusier while studying at a Tokyo fine art university.

Credited with paving the way on the international stage for younger Japanese designers, Yanagi also took up more monumental pieces, such as bridges and the Olympic torch, as well as a motorcycle and toys.

He supported Japanese traditional art throughout his life, and he served as head of the Japan Folk Crafts Museum in Tokyo, which his philosopher father founded.

Funeral arrangements were not being disclosed as the ceremony is for family and close friends. He is survived by his wife Fumiko and four children, Fujita said.