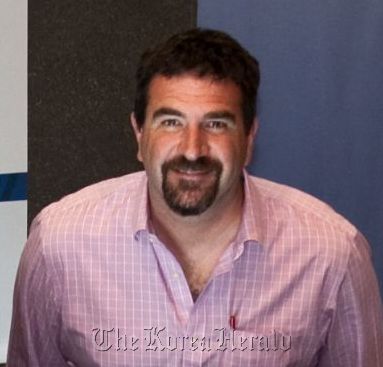 Chapman takes over from Philip Zak, who joined Hyundai Motor from General Motors in 2009 and recently returned to GM.

The company expects that Chapman will strengthen Hyundai’s new automobile design and support the ongoing regeneration of its model range.

“With the renowned designer, the HATCI, located in Irvine, California, will develop innovate designs aimed at global markets,” Hyundai Motor said in a statement.

Chapman’s career spans some 22 years, beginning with his hiring by Isuzu in 1989. At Isuzu, he was responsible for the exterior styling of the XU-1 show car, which took the Best Concept award at the 1993 Tokyo Motor Show.

In 1994, Chapman joined BMW’s Designworks USA, where he was tasked with exterior styling of the BMW X5 crossover and the X Coupe concept car. His work with the German automaker ultimately produced the new X5, X3, Z4 and initial 1-Series coupe.

In recent years, Chapman has directed the Transportation Design group at Designworks, which works on aviation, marine and public mobility design instead of automotive design.

Hyundai Motor America president and COE John Krafcik said, “We are proud to add such a talented individual to lead the team of dedicated designers at the HATCI that will continue to develop innovative vehicles for both the United States and global auto markets.”

Meanwhile, Hyundai Motor came out on top in a “quality” report compiled by the German auto publication Autobild, the company said Friday.

According to Hyundai, the company ranked No. 1 for the second consecutive year among the 20 brands analyzed by the publication.

Hyundai Motor surpassed German players, such as Mercedes-Benz, BMW and Volkswagen, and Japanese competitors like Toyota Motor and Honda Motor.

This report is based on the analysis of several categories including the result of a survey of motorists, frequency of maintenance service campaigns and guarantee programs.

Hyundai has been showing an impressive sales increase in overseas markets, boosted by its upgraded brand image and recognition in recent years.

Company executives ascribe the latest briskness to the group’s management strategies in local markets on top to efforts to make quality products and fortify marketing activities.