Over the past few years, Hyundai Motor and its affiliate Kia Motors have achieved all of the goals Chung set, the magazine said. 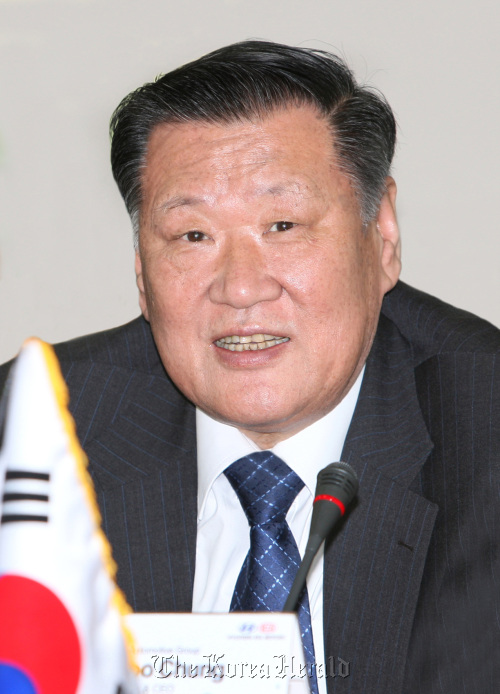 Chung Mong-koo
It also said competitors, including Toyota Motor, Volkswagen, Ford Motor and General Motors, are paying keen attention not to the price tags of Hyundai-Kia cars’ but to their designs and quality.

Citing the shortage of supply for Hyundai’s Sonata sedans in the market, Motor Trend said the 2012 outlook on the two affiliated automakers is “excellent.”

On this year’s list of auto industry “All-Stars,” Automotive News selected Chung as the top CEO among Asian firms for his part in increasing Hyundai-Kia’s presence in the global market.

He grabbed the top post for the second consecutive year, beating chief executives of Japanese carmakers.

The list names top CEOs and executives from the automotive industries of Asia, Europe and North America.