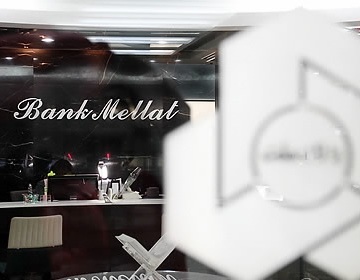 Embassy officials visited the South Korean companies, including DSME E&R, a shipbuilding and energy business, shortly after the sanctions were announced. It asked for information on the firms’ trade with Iran and future investment plans in the country, an official at DSME E&R said, speaking on condition of anonymity.

“We explained that we are currently not conducting business in Iran,” said the official.

“We talked to MOFAT (the Ministry of Foreign Affairs and Trade) and the Ministry of Strategy and Finance to inform the new pending U.S. sanctions pertaining to Iran, and then informed them of our interest in informing three Korean companies of these new sanctions,” an embassy official told the Yonhap News Agency by phone, speaking on condition of anonymity.

A foreign ministry official confirmed the embassy’s statement, saying he believes Washington instructs all of its embassies to inform their host governments on new legislation.

“(The embassy) is likely to have explained the U.S. sanctions measures to firms importing petrochemicals (from Iran), and how these companies may be affected in their dealings with the U.S.,” the official said, speaking on condition of anonymity.

South Korea has been cautious about sanctions on Iran because such moves could have negative effects on its economy.

Iran is one of South Korea’s major business partners in the Middle East, with its bilateral trade volume reaching an estimated $14.5 billion during the first 10 months of this year. The amount is the highest ever, surpassing the previous annual record of $12.6 billion in 2008.