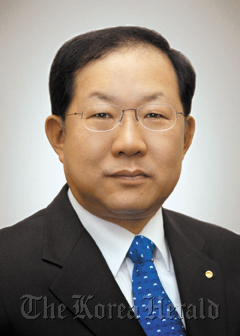 The KFB is poised to appoint the 59-year-old to the post at a decision-making meeting on Nov. 23.

Bahk, who will replace current KFB chairman Shin Dong-kyu, worked as a senior aide to President Lee Myung-bak between 2008 and 2009 and was chairman of state-run Woori Financial Group between 2007 and 2008.

He had mostly served in the government as a public official. Before working as Woori Financial chairman, he took the post of vice minister at the Finance Ministry during the Roh Moo-hyun administration.

He started his career at the Economic Policy Planning Agency, a predecessor of the Ministry of Strategy and Finance, in 1975.

He also served as a director of the Institute Of International Finance.

The nominee graduated from Kyunggi High School and Seoul National University, while obtaining his masters degree in economics at the University of Washington.