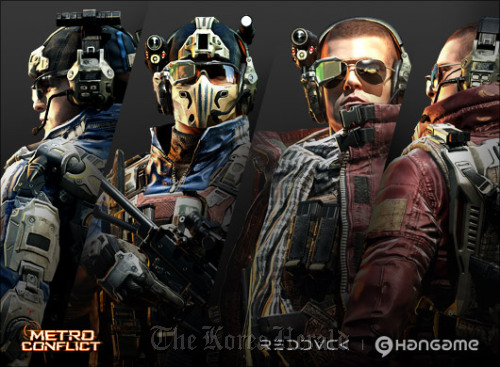 
The country’s biggest international game trade show G-Star will kick off Thursday, featuring a wide array of arcade, board and consol games, as well as online and mobile games at BEXCO in Busan.

With 380 game companies from 28 different countries participating, the most ever for the show entering its seventh year, big name firms such as Nexon, NCsoft, Neowiz Games, Hangame, Blizzard Entertainment and Sega will showcase games to be released next year.

Headlined “Connecting with the World through Games,” the four-day event is expected to attract more than 280,000 people from all over the region. The event is hosted by the Ministry of Culture, Sports and Tourism and Busan Metropolitan City and organized by Korea Creative Content Agency and IT Industry Promotion Agency.

Lee Jae-woong, president of the KOCCA, told local media that this year’s theme represented his wish to have local games go global and for games to become a method of communication.

“Since Korea is known for its online games, it will be interesting to see how the new online games presented at the G-Star 2011 will establish the industrial trend,” he said. “I also recommend taking a look around the Arcade game section which has grown in size compared to last year.”

Neowiz Games, which is the official sponsor of this year’s G-Star, will present a new third-person shooter and two massive multiplayer online role-playing games at the show, DIZZEL, BLESS and EIN.

“We’re planning to gain greater ground in the game industry through G-Star 2011 by examining the possibility of our new proprietary games,” said a Neowiz official. 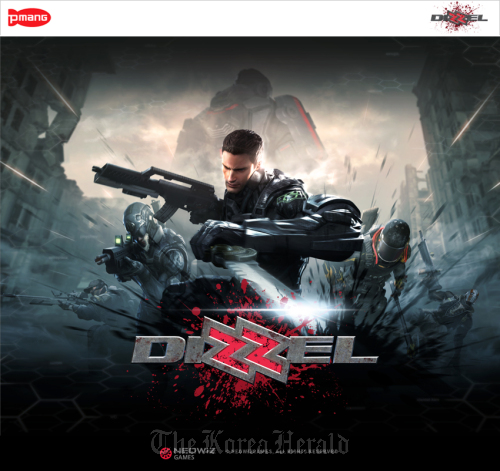 Dizzel
DIZZEL, a third-person shooter game that took four years to develop, allows players to feel as though they are shooting in real life, but watching the action from a third-person perspective.

BLESS and EIN were developed by 150 game developers.

“It’s an honor to present our fresh proprietary games ― which have been requested frequently by the game players ― through the event,” said the company’s chief executive Yoon Sang-kyu. “We will work to meet the users’ expectations.”

The company will concentrate on promoting a 3-D MMORPG game called the “Epic of the Three Kingdoms.”

The game, which runs on Web browsers, smartphones and tablet PCs, has users battle through the three kingdoms by commanding 200 historic heroes, and using war tactics to expand their territories. It is based on the novel “Romance of the Three Kingdoms,” or “Samgukji” in Korean.

Featuring high-quality graphics, each player will get his or her own territory at a certain city and expand it by grabbing resources and manpower.

NEXON’s affiliate NEXON Mobile will also feature a number of smartphone games at the event.

NCsoft launched “2011 G-Star Premier,” rolling out the Korean version of its MMORPG game “Guild Wars 2” and “Lineage Eternal” to the media shortly ahead of G-Star 2011.

The two new games will also be introduced to players at the game trade show in Busan, said its company officials.

“Guild Wars 2,” which is being unveiled for the first time in Korea, was first introduced at the European game show Gamescom in August last year and has received good reviews.

“Lineage Eternal,” which is being showcased for the first time not only in Korea but anywhere, takes the story to 200 years after “Lineage.” The new version has upgraded its online large-scale war scenes, becoming NCsoft’s representative next-generation MMORPG game.

“I’m positive that the ‘Guild Wars 2’ and the ‘Lineage Eternal’ will be able to provide a leveled-up enjoyment for players, which is different from what they have experienced until now,” said an NCsoft executive.

NHN Hangame said it will unveil three of its newly most promoted games ― “Winning Eleven Online,” “Metro Conflict” and “Kingdom Under Fire” ― at G-Star.

This online version allows players to compete one-on-one in the UEFA Champions League.

“Kingdom Under Fire” is a role-playing game with a unique feature that allows the player to view multiple troops appearing on a single map.