Swedish singer-songwriter and author Lasse Lindh said he will return the love he has received from Korean fans in his upcoming concert in Seoul in November.

The 37-year-old gained instant popularity here after his song “C’mon Through” appeared in the soundtrack of the 2006 MBC sitcom “Soulmate.”

The unexpectedly enthusiastic response of Korean fans to his music led him to decide to live for a year in Sinchon, Seoul, in 2009.

Lindh will perform at Sang Sang Madang in Hongdae on Nov. 4 at 8 p.m., showcasing his old and new songs.

“I have a good connection with the audience. Being on stage has never been a job for me. It’s who I am. You’ll see the best version of Lasse Lindh,” the singer-songwriter said in an interview with The Korea Herald.

The Swedish artist started making music when he formed a band at age 15.

Since his father is a movie director, he thought acting could be “the thing” for him and attended drama school.

But he realized that he was more into music and got signed by Universal Music at 21. After moving to EMI, he released his debut album “Bra” in 1998. He became popular in Sweden with the album “Lasse Lindh” in 2005.

“In 2009, I was bored with my music because I felt that I had done everything I could. I decided to move to Korea to get inspiration,” Lindh said. 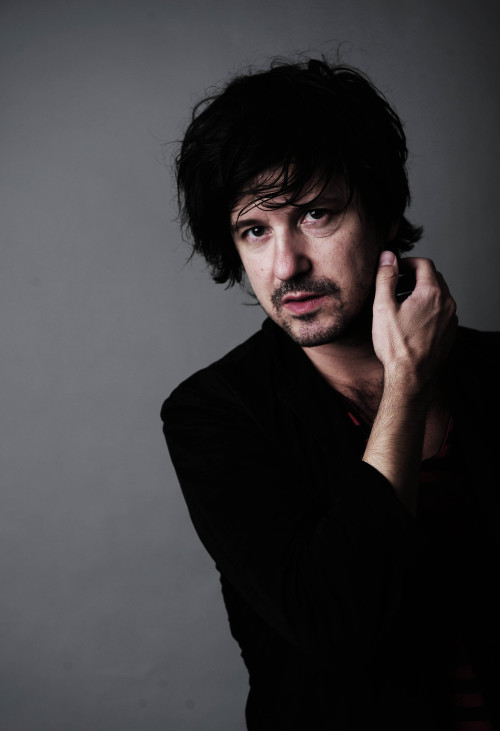 That one year in Seoul helped him regain his interest in music.

Just recently, he released a Korea-exclusive album “The Tiger with No Stripes,” mainly using acoustic guitar, piano and keyboards.

Of the 11 tracks in the album, three songs ― “Attack!,” “Fix Your Heart” and “Under My Skin” ― come in a mini album with the book “Halla Seoul.” Halla means hello in Swedish.

Lindh thought it would be unique to release a book with music.

“You can listen to the songs while you read the book,” he said.

“The Tiger with No Stripes” is a super-simple folk album, completely the opposite of the new album he is working on to be released in Sweden in several months, he said.

“The new album that I’m working on now will be super electronic ― no guitars or no bass. I’m gonna use two computers and three synthesizers from the ‘80s,” he said.

The musician bluntly said he has yet to hear good dance music with really good lyrics.

“Even ABBA had sucky lyrics. If you can combine a super hard beat with good lyrics that actually mean something, you can make something brand new,” he said.

His book “Halla Seoul,” originally written in English and translated into Korean, tells of the funny, bizarre and unique aspects of Korean people.

To his Swedish eyes, it was funny to see almost all Korean people so well-prepared for a rainy day.

“As soon as it rains, they are all up with umbrellas. People freak out when it’s raining here, but in Sweden, no one really cares,” he said.

It was also strange to see Korean guys in shiny suits get drunk after work and sleep on the streets, he added.

Lindh said the best thing about being in Seoul is that the capital is “fast and dirty.”

“It’s like a bad version of Tokyo in a good way. I like the feel here. New York is better in music and art life but Seoul will get there soon,” he said.