The newly elected Park Won-soon will not have time to arrange the transfer of duties before inauguration because the race was decided in a by-election, called after the resignation of former mayor Oh Se-hoon. Oh had spent a month getting used to the job. 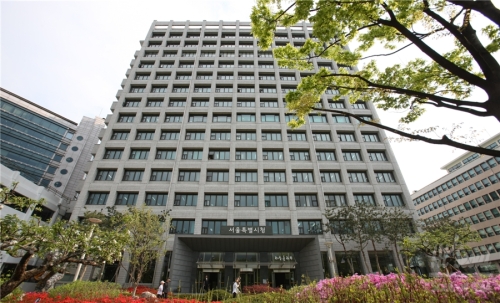 “A mayor selected in a regular election is given a month to understand city affairs because there is a month between early June, when the election winner is decided, and July, when the winning candidate takes office. But in the case of a by-election, the winning candidate will be officially confirmed to be a mayor by the election commission, and has to engage in city affairs immediately,” said a city official on condition of anonymity.

One of two major tasks for the mayor is to finalize next year’s budget draft, which has to be submitted to the city council by Nov. 11. The second is to appoint a vice mayor for city affairs, while getting accustomed with city affairs as quickly as possible, according to the official.

Once the budget draft is finalized and submitted to the council, the mayor will have to present their vision on city administration in a speech to council members, officials said.

Officials have been preparing a draft for the budget, but are still mindful of the fact that the budget bill can be revised at any time by the new mayor.

The head of each division of the city government will present reports about their responsibilities as well as their divisions, according to the official.

“The new mayor will be very busy receiving all the briefings from officials and attending official events. So, it does not seem to be easy to make a reshuffle before December,” an official said.

The date of the inauguration ceremony has not been set yet since it will depend on the new mayor’s schedule, officials said.

The new mayor also has to wait a month to move into the official residence in Hyehwa-dong in northern Seoul, about 20 minute’s drive from City Hall. The residence is being partly reconstructed due to a project to restore an ancient fortress which circles the building.

The annual salary of the mayor is about 102 million won ($90,000) and Park will ride the same car, Hyundai’s luxury Equus sedan, that former mayor Oh used from 2007.