According to the Korea Legal Aid Corporation, 43 former employees of Shim’s film production firm, Younggu-Art Entertainment, asked the court to grant the payments once the 1,655-square-meter building housing the company is sold at an auction. They have also filed for the provisional attachment of the real estate in case the auction is withdrawn and Shim makes a nominal transfer to evade the forced sales.

The building, valued at 3.7 billion won, was put up for auction by the Hyundai Swiss Mutual Savings Bank, the company’s collateral security holder. The KLCA said once the building is sold, part of the outstanding wages ― three months of salaries and three-year-severance payments ― will be paid from the profit.

These are the latest accusations against the filmmaker, who was reported to have made a fortune out of a movie franchise with his idiosyncratic comedy character Younggu. Shim announced on July 19 that he was shutting down the firm, declaring that he was 41 billion won in debt. 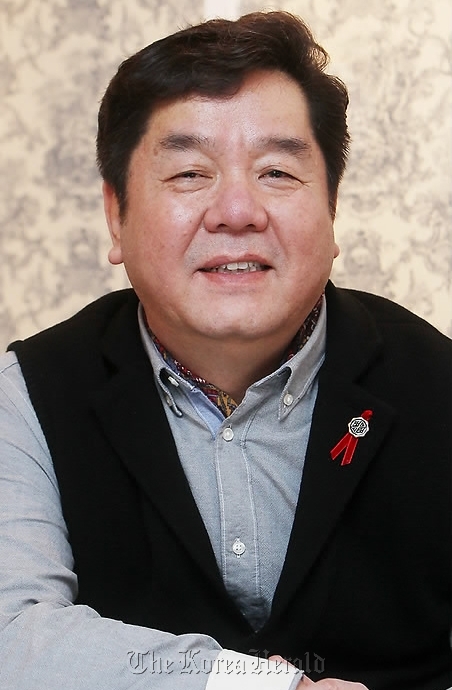 Shim Hyung-rae
The Hyundai savings bank in 2009 filed a complaint over the 4 billion won of loans and interest against Shim in May and a high court in September ruled that Shim must pay the bank 2.5 billion won. The case is pending at the Supreme Court.

Shim’s two homes ― a Tower Palace apartment in Dogok-dong and Hyundai apartment in Apgujeong-dong, both in the affluent southern Seoul area― have been put up for sale at a separate auction.

The Ministry of Employment and Labor as well as the Seoul Southern Prosecutors’ Office questioned Shim over whether he had intentionally evaded wage payment to his staff.

Former staff members of Younggu-Art Entertainment revealed in August that Shim was addicted to gambling, leading to irregularities. They also claimed that Shim tried to peddle his influence in the political and business fields by arranging prostitution between high-profile figures and young women.

Nominated as the first “Shinjishikin” (person of intelligence) in 1999 for his passion for sci-fi movies, Shim drew media attention in 2005 for making a U.S. debut with his monster movie “D-War.” However, the movie flopped at the box office.

Last year, his film “The Last Godfather” became another box office mockery both in Korea and the U.S. Shim has reportedly been preparing for two films, one of which is animated.