Promising severed hands, tongues cut from mouths and loved ones driven to suicidal insanity, SSC is holding performances of “Gore and Madness” on Oct. 22 and 23 and Halloween weekend.

The performance will use scenes from “Titus Andronicus” as the framework for selections of the more morbid parts of “Julius Caesar,” “Hamlet” and “Richard III.”

“While we use Titus to show brutality in Shakespeare, Hamlet serves to show his madness on a more intellectual side,” said SSC’s creative director Lindsey Higgins. “Julius Caesar focuses on suicide and love.” 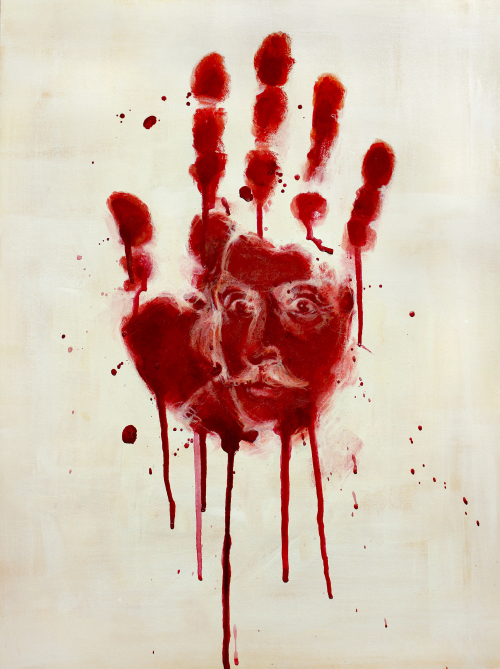 A promotional image for “Gore and Madness” (Charles Jeong)
This is the second performance since Seoul Shakespeare Company was launched.

Higgins said that she was naturally drawn to Shakespeare’s tragedies, but as well as coming in time for Halloween, the theme was also an accessible one.

“It is a theme that is easily relatable to a modern audience, particularly audiences that find the language difficult,” she said.

“It is a very physical, energetic production, centered around wildly base emotions ― revenge, greed, lust and passion.”

The show involves four directors, each focusing on one Shakespeare play, which Higgins, who produces the show and will appear as Livinia in the “Titus Andronicus” parts, said had been an interesting challenge, but one they had met well.

The company is planning to put up a video trailer online this week, with links distributed on their website (www.seoulshakespeare.com) and Facebook page.

The performances will take place at two venues. The shows at 8 p.m. on Oct. 22 and 3 p.m. on Oct. 23 are at Whitebox Theatre near Hyochang Park Station.

For the second weekend the performance moves across town to take part in the Daehangno Small Theatre Festival, which brings in international and Korean troupes to perform both in theaters and outdoors. The shows are at the Egg and Nucleus Theatre, at 3 p.m. and 7 p.m. on Oct. 29 and at 3 p.m. on Oct. 30.

Tickets are 15,000 won in advance. For reservations contact ticketing@seoulshakespeare.com. To find out more about the Daehangno Small Theatre Festival visit www.dfesta.co.kr.