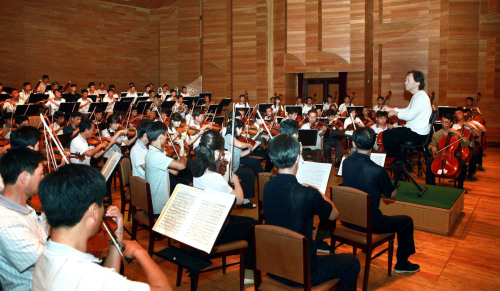 Chung said in Beijing on Monday he hoped his trip would boost cross-border cultural exchanges.

“As an individual and a musician, I hope two Koreas could get closer to each other more naturally,” he was quoted by the South’s Yonhap news agency as saying.

In 2006, Chung was invited to participate in a peace concert in North Korea, but the concert was called off after the communist state conducted a nuclear test.

The South has placed restrictions on its people travelling to the North since Seoul accused Pyongyang of torpedoing a warship in March 2010 with the loss of 46 lives.

In recent weeks, Seoul has relaxed restrictions as it moves to improve ties with Pyongyang.