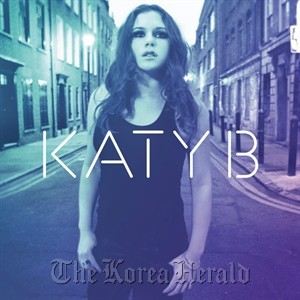 Katy B, the so-called “queen of dubstep,” recently was nominated for the 2011 Mercury Music Prize for her debut album, “On a Mission.” And her competition included more established U.K. artists such as Adele, Tinie Tempah and PJ Harvey.

Although she didn’t take home the big prize, the 22-year-old stands out from her peers with her club-friendly pop record that encompasses not just dubstep, but 1990s house and garage, too. Her warm vocals have a soothing R&B-feel and have been compared to Jazmine Sullivan and Marsha Ambrosius.

The songs “Katy on a Mission” and “Lights On” are bold and catchy with their infectious melodies, while tracks like “Disappear,” with its broken beat, and “Go Away,” a dubstep ballad, delve into another territory and highlight Katy B’s multiple talents. The magic here is her versatility across the entire album, showing that she’s not tied down to a single genre: It’s that versatility that is the key to a great dance album.

The big standout here is “Easy Please Me,” a popular song that shows Katy B’s humor and sharp wit, with lyrics like: “Now I won’t call you 20 times a day, ‘cause I’ve got my own (expletive) to do.” It’s fresh and edgy -- something the U.K. has been missing. (AP)


Lady A delivers another winning collection 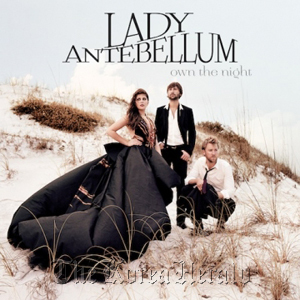 At a time when young country stars typecast themselves into roles that border on caricature -- men brag about how rural they are to hard rock beats, women speak of empowerment with an aggressive sneer -- Lady Antebellum presents an engaging anomaly steeped in sophistication and subtlety, rather than stereotypes and superficiality.

The trio -- Hillary Scott, Charles Kelley and Dave Haywood -- address issues about relationships with an engaging honesty rare in any musical genre. They’ve been rewarded with multiplatinum, crossover success; their 2009 No. 1 smash “Need You Now” had them winning top awards at the CMAs, ACMs and the Grammys.

Their third album, “Own the Night,” doesn’t attain the heights of their 2009 album, also titled “Need You Now,” but it’s a consistently winning collection that plays to their strengths. After an across-the-board success, Lady A could have overthought their next move. Instead, they draw again on their songwriting depth and appealing vocal blend. The group mixes lively songs that don’t insult anyone’s intelligence with moody narratives that probe the relationship complexities of young adults, as on the album’s first hit, “Just A Kiss.”

Producer Paul Worley, who previously worked with the Dixie Chicks and Martina McBride, is the perfect foil for the trio. Worley’s touch, with lush orchestration and rousing guitars and rhythms, serves the band’s talents and themes well. Together, the team represents how country music can use its strengths -- songwriting and strong-yet-earthy vocals that explore real-life situations and emotions -- in a way that carries universal appeal.

“Wanted You More,” a simmering drama about a break up, displays how the band uses piano, strings, drums and voices that whisper and soar to express quiet heartbreak, and an explosive emotional release. (AP) 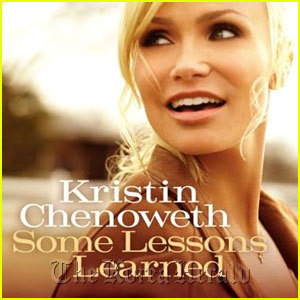 An Oklahoma native, she once dreamed of becoming country singer. She performed in “Opryland USA” stage productions as a teen before starring in “Glee” and Broadway hits “Wicked,” “Promises, Promises” and “You’re A Good Man, Charlie Brown.”

On “Some Lessons Learned,” her vocal and musical training shows on the clear diction she brings to power ballads and big-beat country pop. But country music embraces personality as well as talent, and Chenoweth doesn’t establish any identity of her own. She also leans too hard on message songs -- “I Was Here,” “Fathers and Daughters,” “Borrowed Angels” -- that come across as formulaic, rather than emotionally stirring.

Chenoweth has her moments, as in the conversational “God And Me.” But unlike fellow Broadway belter Laura Bell Bundy, who also has entered the country music sweepstakes, Chenoweth doesn’t quite make the transition with the same aplomb she’s shown in tackling other challenges.

“Lessons Learned,” one of five Diane Warren songs included on the album, proves Chenoweth can succeed when given a dramatic lyric that fuses her vocal talent and her acting experience in putting across a subtle yet powerful story. (AP)