The project is close to Czech Republic Ambassador Jaroslav Olsa, Jr.’s heart because he is a science fiction aficionado.

During the 1980s to the 1990s and before joining the ministry, Olsa used to edit science fiction anthologies, translated many science fiction stories and co-edited the first Czech Encyclopedia of Science Fiction.

“Many times I said that if I were not actively involved in the science fiction field, I would have probably not become an ambassador. The time I used for science fiction activities in the 1980s, when not much was allowed in then-communist Czechoslovakia, were important and although unplanned, were steps for my future career,” said Olsa.

The anthology of modern Czech science fiction under the title “Behave Like a Decent Corpse” is the third book by Czech writers published in Korean this year by Happy Reading Books. 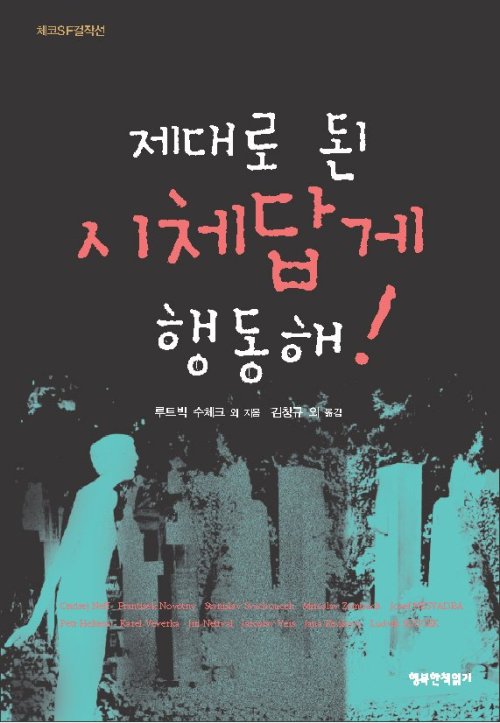 Cover of “Behave Like a Decent Corpse” (Czech Embassy)
Ten stories and novellas by Czech science fiction writers were selected for this anthology by Olsa and acclaimed Korean sci-fi editor Park Sang-joon.

“These are not the first Czech science fiction translations published in Korean,” he said. “One of Ondrej Neff’s stories was already published by now-defunct Korean science fiction monthly Fantastique and a few genre stories appeared also in previous Happy Reading anthologies of Czech classics,” Olsa noted.

“But still, the best known is Karel Capek’s drama ‘R. U. R.,’ where the word ‘robot’ was first used, which saw the Korean translation already in 1925.” 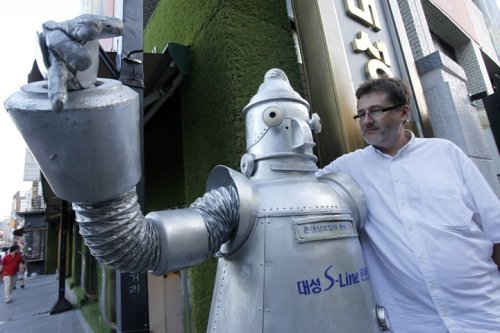 Czech Republic Ambassador Jaroslav Olsa, Jr. with model of a robot (Liba Taylor)
This 500-plus page anthology follows the previous books ― an anthology of old and modern Czech writers set in Prague, and a selection of Czech literary classics of the 19th and the first half of the 20th centuries.

Another generation of writers ― represented in the book by Jaroslav Veis and Ondrej Neff ― appeared only in the late 1970s and dominated the Czech science fiction scene in the following decade, when some tightly controlled genre literature was once more allowed by the communist censorship authorities.

Most of the authors selected started their careers in the second half of the 1980s when the first informal science fiction clubs were spontaneously created.

The most recent generation of writers is represented by Miroslav Zamboch, one of the most successful writers of adventure science fiction, and Jana Reckova ― the only woman belonging to the group of both literary and critically acclaimed Czech science fiction and fantasy writers.