While idol-centered K-pop has been heavily covered by the media, the Korean indie scene has received relatively little attention. This is the eighth installment of a series of interviews shedding light on the scene. ― Ed.

Singer-songwriter and guitarist Yi Sung-yol, 41, has been far from clear about his direction in life, although it has been already 17 years since his 1994 debut in rock duo U & Me Blue.

After releasing a solo album “This Day, This Moment, This Time Around” in 2003 and sophomore “In Exchange” in 2007, it took him four years to release the third one, “Why We Fail,” because he has been busy producing or composing soundtracks for Korean movies such as “Duelist” and dramas including “Que Sera Sera,” “My Lovely Sam Soon” and “The Secret of Keu Keu Island.” 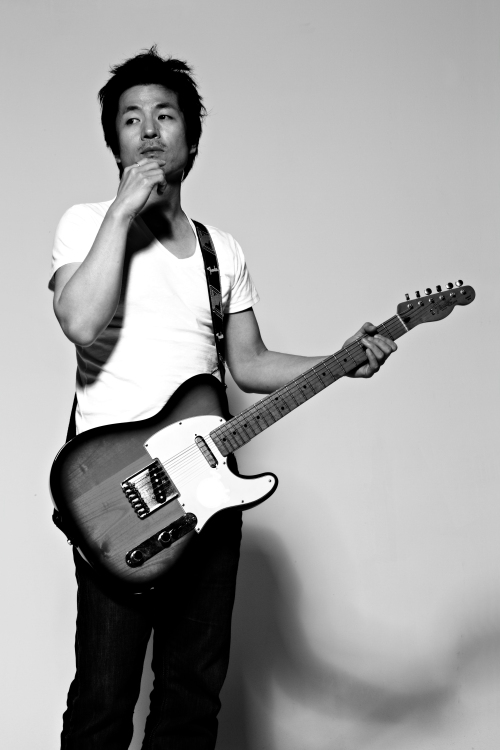 Singer-songwriter and guitarist Yi Sung-yol
The 17-year musical journey in Korea made him grow as a musician and become more mature as a person. However, he is always pondering which direction he should choose.

“As a writer, I’m writing a fiction. There’s a character there, who is like a traveler, searching and walking down his path. But there is no clear direction,” Yi said in an interview with The Korea Herald.

“My dream is to keep going and ‘running to stand still’ like Bono said. I’m still in this game to keep doing music,” he referenced Irish singer Bono’s song, although he hates to be labeled “Korean Bono.”

The title of the new album “Why We Fail” has been a type of question Yi has been asking himself for a long time.

The 41-year-old was honest enough to share why he named the album that way. He called himself a failure in his personal relationship with his family, who live in the U.S.

“As a son, I think I’m a failure in many ways. I left my parents back in the states and they’re 70-something and still working. I can honestly say I’m not supporting them financially,” said Yi, who came to Korea with his college roommate from New York in 1993 to become a musician.

“Another aspect of my life I think is sort of failure has to do with my (two younger) sisters. I used to think I was close to my sisters but I realize that I’m so far apart. One of them just got married but I couldn’t be there (because the wedding was in the states).”

Yi added that he failed at quitting smoking, he sometimes drinks too much and he remains alone.

“I don’t want to say this is a failure but I still don’t have kids. I wonder, will I be a father one day?” Yi said.

The singer-songwriter was inspired by a Japanese poem written by Kobayashi Issa to write the title track, “Doraoji Ana (Not Coming Back).” In the poem, a person is watching a butterfly sitting on a flower petal and taking off to fly off somewhere. The flight signifies meaninglessness of a life ― there is no more to do with this world, Yi said.

The song begins with lonely acoustic guitar sounds, sad but beautiful voice of the singer. It later develops with organs, drums, clarinet and finally with symphonic sounds.

The album also includes a hidden track on No. 14, which is 10 minutes long, and has a massive but surreal sounds and English lyrics.

“The latest album pretty much reflects the way I am now. My music is who I am. In my youth, I was more rebellious, playful, distracted, bitter, cynical and unsophisticated,”

“Compared to that, I’m more mature, relaxed, series and generous.”

Yi called the overall tone of the latest album “sad and beautiful,” because he thought human nature was inherently sad but every human being had elements of beauty at the core.

“It’s depressing and it’s a downer. But it is my wish for some one, who is nice enough to get my CD, to find some beauty in there.”

Marking the release of the third album, Yi is holding a month of concerts through Sept. 24 at Sogang University’s Mary Hall.

The stage will be in the center so that the audience can see him from all directions, while two black screens will be installed separating the band from the audience.

“We’ll project visual elements on the screens. While the band is facing the audience, three cameras on four corners of the top of the stage will shoot us so that the audience could get a glimpse of the inside view,” said Yi, who prefers using his Fender Telecaster guitars on stage.