This year’s outbound shipment of kimchi amounted to 15,614 tons as of July, a 10.7 percent decline compared to the same period last year, according to the Ministry of Food, Agriculture, Forestry and Fisheries and the Korea Customs Service. 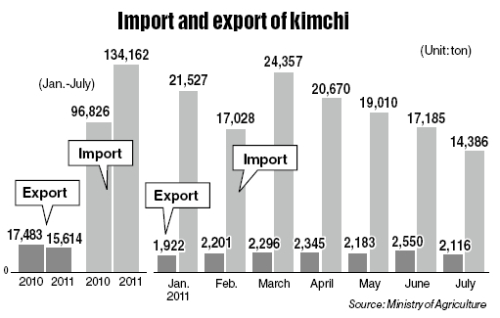 Kimchi’s trade balance, which posted a surplus of $5.62 million last July, also swung back to a deficit of $13.05 million as of July this year.