For him, it was love at first sight. And after three days of frequent visits to her parent’s grocery store, the Filipino student was in no doubt about how her unassuming suitor felt.

The quiet Korean sailor, Lee Dong-ho, was 12 years her senior and usually a very private man; she was outgoing, bubbly and only working part-time during breaks from university.

He showered her with love letters and gifts once he was home and returned to visit her in the Philippines. Soon, she too became smitten despite protests from both of their parents.

“Our fate was sealed with a bottle of coke,” joked Jasmine Lee, 34, during an interview with The Korea Herald at her office in Seoul. Coke, after all, was what he had bought to strike up conversation.

In 1995, after marrying at 18, she moved to Korea. Initially though, the trip was just to meet her new husband’s parents.

But seventeen years later she is still here, and now a naturalized Korean citizen.

Tragically, on a family holiday last year in Gangwon Province, her husband died of a heart attack rescuing his daughter (the couple had one boy and one girl together) from drowning.

“My husband was like my shadow, he was there everywhere I went. He was my friend, my father, my brother, my husband. He was everything for me,” she said of her loss.

But although Lee misses her husband terribly, she has been brave enough to continue the work he was so supportive of when he was alive ― helping Korea’s multicultural families. 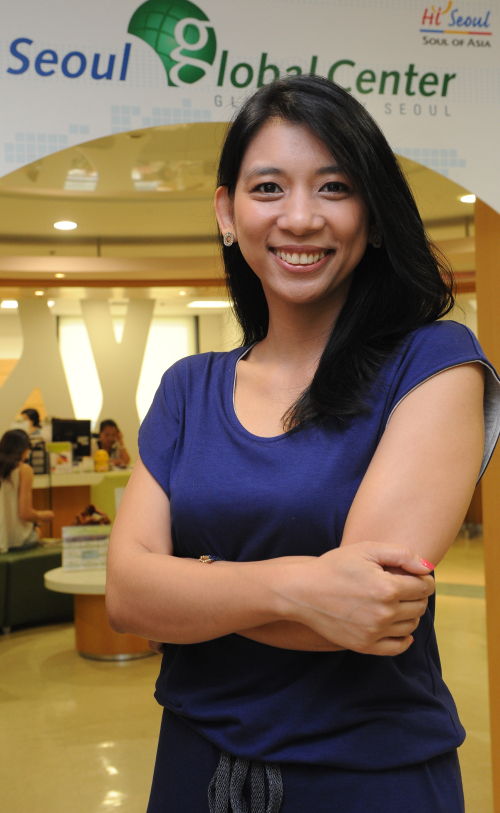 She is one of four migrant women employed by Seoul Global Center to improve help services for the target group which can suffer from marginalization and discrimination.

Lee became prominent when she took up work as a translator and later panelist on the KBS TV show “Love in Asia.” Approachable and friendly, her role is to take care of publicity and ensure people know what services ― ranging from counseling to Korean language classes ― are available to them.

“It gives hope to a lot of migrant women,” said Lee, explaining that many educated women who come here end up believing they are unable to do anything but be a homemaker.

Although Lee barely has her foot in the door and is still becoming accustomed with her newly created position, she is clear about what she wants to achieve.

“I’m thinking of ways to connect the foreign communities, through groups and networking ... and just hope to be a listening ear so we can set up new goals and new policies.

“There are a lot of things going on already (at the global centers) but there’s no point in providing a service if nobody knows,” she added.

Lee’s situation differs slightly from many here as with her husband, she had intended to return to the Philippines to finish her studies ― she was not a “mail order” bride.

However, when she noticed how much happier he seemed in Korea, she felt she would be better able to adjust to his homeland than he would hers.

She also feels lucky that as a Filipino she had the advantage of being able to speak English, unlike many other Southeast Asian migrants, but she still faced challenging times.

Attitudes have changed a lot she said, but when she arrived she found Koreans often stared at her and held generalized views about poverty and crime in her homeland.

Apparently there can also be a tendency for people to fixate on the negative, and only remember bad stories they hear about mixed marriages.

There are also just simple cultural differences that go misunderstood. A Vietnamese woman she spoke to was upset by her mother-in-law’s displeasure at her playfully kicking her husband on the bottom. In Vietnam, it is deemed a sign of affection.

These problems motivate Lee to develop greater understanding between cultures.

“I wanted to change perceptions and show how happy and how normal multicultural families are,” she said.

One thing that helped her to be accepted and which led to so many opportunities for her, she believes, was learning the Korean language.

“I’ve been telling a lot of marriage migrants that I meet to learn the language because it’s the easiest way for you to gain a job here.

“Something I want everyone to understand is that it’s not that Korea is pushing you to accept the culture or the language, but if you’re going to live here it’s going to be an asset for you. You have to think the other way.

As well as her work with the global center, Lee is also a regular guest speaker on multicultural families, and even appeared alongside President Lee Myung-bak at last year’s G20 summit. She also teaches Korean to Filipinos on the EBS show “Basic Korean for Foreigners.”

Last year the Korea Green Foundation awarded her the People Who Enlighten the World award, in appreciation for her efforts on behalf of multicultural families. 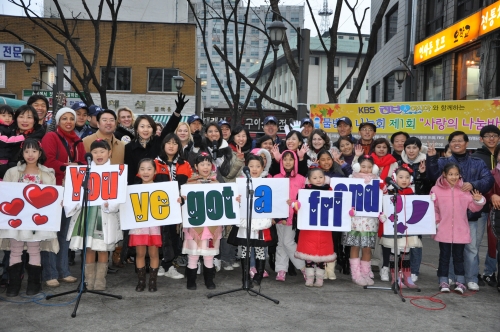 Through working on “Love in Asia,” which documents the lives of multicultural families in Korea, she formed the charity Waterdrop with other migrant women.

“We wanted to show Korea that we are also here to give something beneficial to this society, we’re not just people here asking for your help,” she said, emphasizing that migrant women should not always be seen as victims or needy.

Recognizing Lee’s passion for improving society, the Grand National Party offered her candidacy in the Seoul Metropolitan Council election last year. Although she was unable to accept then, she has not ruled out getting more involved with politics in the future.

“If I have to be a politician to help these people, especially the kids, have a better place in society then I will. That is my main goal.”

Lee feels that one of her biggest strengths is giving people hope.

She never intended to be a role model, but as a fluent Korean speaker who is well-adjusted to the country’s culture, she radiates positivity and it is easy to see why she has become one.

She admits however that the responsibility can be too much, and sometimes she would like to be able to make mistakes without feeling she is letting people down.

She has also struggled since the death of her husband and still finds herself very lonely at times, especially as he was a great source of strength in her career.

“Now he’s not there. I started to lose the courage ... but I’m trying to get it back now, especially with the help of my kids.” 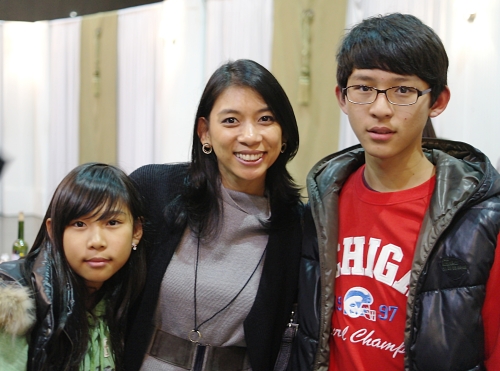 Lee still lives with her late husband’s extended family of nine ― his grandmother passed away just a month after he did ― and still considers Korea home.

In fact, she found it “heartbreaking” when people told her they thought she should go back to the Philippines after her husband died.

Although she is considering pursuing plans she made with her husband to retire in the Philippines, for now she would like to stay and let her children grow up in Korea.

“I don’t really want to take it all away from them because I know how hard it was for me when I had to leave everything in the Philippines for Korea.”

In bringing them up, Lee has tried to make them aware of their Filipino identity, and cooks food from her native country when she can. Once a year, they also try to visit her family in Davao.

Although she laughs about having to track down kimchi on their trips to the Philippines whilst her children relish the home cooking of their maternal grandmother, she has retained many of her native traits, in particular a carefree nature.

“We (Filipinos) are very positive, optimistic ... It’s a plus and a minus but I’m trying to keep it as a plus here in Korea,” she said, as she thinks Koreans can worry too much.

For now, Lee has a five-year contract at the global center to focus on. She has also been enjoying acting, and is to star in the film “Wan Deuk” later this year.

Although she is reluctant to elaborate on her future beyond that, it seems certain she will make the best of whatever situation presents itself.

“I never planned to do all of this but I’ve just happened to do whatever’s been thrown at me. And doing it well is one of the keys for why I am here now. Whatever opportunities have been thrown at you, you just have to do your best,” she said.

“I’m going to do my best, do whatever I can and try to make things better ... I have my idea of a better society and I’m just going to work for it.”

• 1995 — Married husband Lee Dong-ho, moved to Korea
• 1998 — Became a naturalized Korean citizen
• 2006-present — Translator and later panelist on KBS TV show “Love in Asia”
• 2008 — One of the first migrant women to participate in Center for Korean Women and Politics project
• 2008-present — TV presenter on EBS’ “Basic Korean for Foreigners” (for Filipino audience)
• 2009-present — Secretary general of Waterdrop charity, which in 2010 received the Ministry of Health and Welfare’s Human Network Award
• 2010 — Cameo role in “Bloodbrothers”
• 2010 — Husband died on family vacation
• 2010 — Took part in series of G20-themed lectures, with her theme being “Multiculturalism makes Korea strong”
• 2010 — Awarded the People Who Enlighten the World accolade by Korea Green Foundation
• 2010 — Brown Bag Meeting speaker at Chong Wa Dae
• 2011 — Speaker for “Looking For A Way in Asia” series in Gwangju
• 2011 — PR Team Manager at Seoul Global Center, one of the first migrant civil servant women to be hired by Seoul City Government
• 2011 — To star in movie “Wan Deuk”