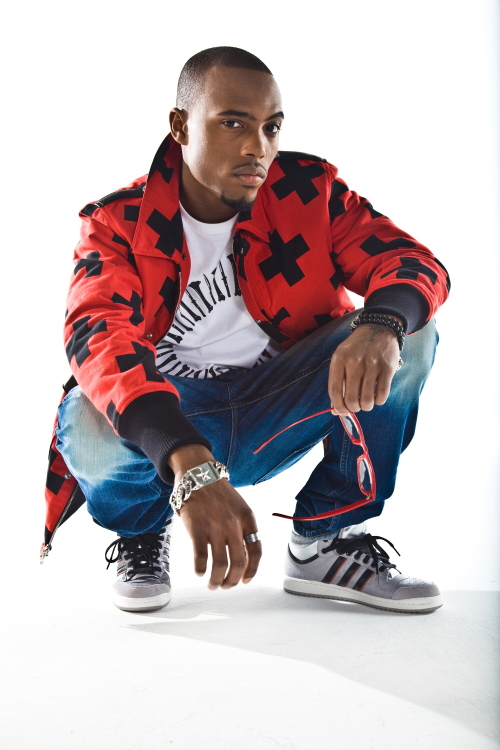 American rapper and singer-songwriter B.o.B is to attend the Incheon Pentaport Rock Festival on Aug. 7. (Yescom Entertainment)
“2PM Hands Up Asia Tour”: Six-member idol group 2PM will hold its 2011 Asia Tour, starting from a Seoul concert in September. The upcoming concert in Seoul will be the act’s second solo concert in Korea and it will take place at the Jamsil Gymnasium on Sept. 2-3. The group’s Asia tour will continue through November. Making a comeback with the song “Hands Up,” the group topped online and offline charts for several weeks. Ticketing has opened on www.mnet.com and www.yes24.com. Tickets range from 55,000 won to 99,000 won. For more information, call 1577-3363.

“Beady Eye Live in Seoul”: Rock band Beady Eye will hold a concert on Sept. 3 at Ax-Korea in Seoul at 7:30 p.m. The concert had been initially scheduled in May but was delayed due to the March earthquake and tsunami in Japan. The U.K. group consisting of Liam Gallagher and other ex-members of Oasis released their first album “Different Gear, Still Speeding” in February. Korean indie band Gukkasten will support. Ticketing will be available at ticket.interpark.com. Tickets are priced at 99,000 won. For details, call (02) 332-3277.

“Air Supply Live in Seoul”: Australian soft rock duo Air Supply is to perform in Seoul on Aug. 16 at the Olympic Park Olympic Hall at 8 p.m. Guitarist and singer-songwriter Graham Russell and lead vocalist Russell Hitchcock had a succession of hits worldwide, including eight Top Ten hits in the United States, in the early 1980s. Their upcoming concert in Seoul will be the first in eight years and they will showcase their representative songs such as “Good Bye,” “Making Love Out of Nothing At All” and “All Out of Love.” Tickets range from 77,000 won to 132,000 won. For more information, call (02) 3143-5155.

“Eric Benet Live in Seoul”: R&B and soul vocalist Eric Benet is to hold his delayed concert on Sept. 22 at Ax-Hall in Seoul at 8 p.m. His original plan to visit Seoul in April had to be delayed due to the March 11 earthquake and tsunami. The multiple-Grammy nominee will celebrate the release of his fifth studio album “Lost in Time” at the concert. “Sometimes I Cry,” the first single from “Lost in Time” has gained a great deal of popularity, topping the Urban AC Chart. Tickets are all 99,000 won. For more information, call (02)563-0595.