[ The Korea Herald – Send E-mail ]
Theater
By 로컬편집기사
Published : Jul 22, 2011 - 18:59
Updated : Jul 22, 2011 - 18:59
“The Three Musketeers”: The musical “The Three Musketeers,” for which the tickets were completely sold out in last year’s run, is back this year for only nine days. Based on Alexandre Dumas’ novel, the musical, set in 17th century France, tells stories about the adventures of D’Artagnan and the three musketeers ― Athos, Porthos, and Aramis. Actors of the Korea premiere in 2009, including Yoo Jun-sang, Shin Seong-woo and Eom Gi-jun, are cast for the main roles as well as new faces such as Super Junior’s Gyu-hyeon. The musical runs through July 31 at Sejong Center for the Performing Arts in central Seoul. Tickets range from 50,000 won to 150,000 won. For more information, visit www.musicalthreemusketeers.com.

“Coyote Ugly”: The beloved songs from the movie Coyote Ugly, like “Can’t Fight the Moonlight,” can be heard again on stage this time. Though the musical’s setting is the bar Coyote Ugly 10 years since the movie’s success, the storyline is basically the same, starting with young singer-songwriter wannabe April’s arrival to the city. Luna of K-pop group f(x) shares the role of April with two other actresses. It runs through Aug. 15 at Kepco Art Center in Seocho-dong, southern Seoul. Tickets range from 50,000 won to 90,000 won. For more information, call 1577-1876 or visit www.coyoteugly.co.kr.

“Guys and Dolls”: Ok Ju-hyun, the most in-demand musical actress today, selected “Guys and Dolls” the popular romantic comedy musical based in 1929 New York, as her next show. She will be sharing the role of showgirl Adelaide with musical actor Kim Yeong-ju. Actor Jin Gu known for his impressive acting in both films and TV dramas, and musical actor Lee Yul will act as gambler Nathan. It will run from Aug. 2 to Sept. 18 at LG Art Center in Yeoksam-dong, southern Seoul. Tickets range from 50,000 won to 130,000 won. For more information, call (02) 2005-0114 or visit www.guysanddolls.co.kr. 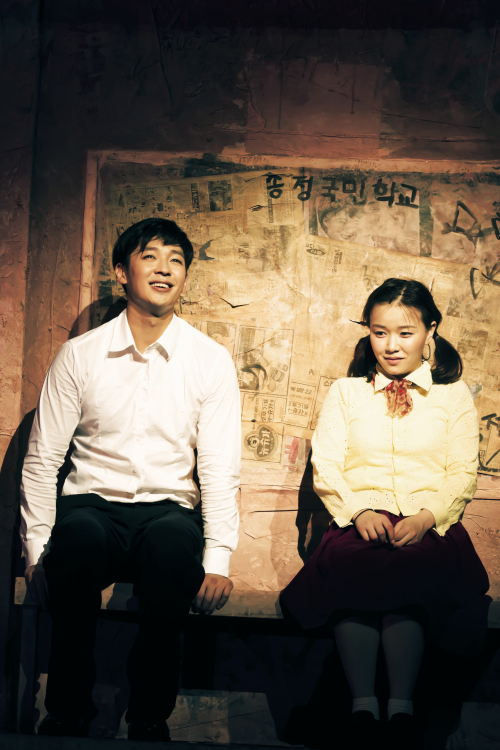 A scene from the musical “Organ in my Memory” (Organ in my Memory)
“Organ in my Memory”: Based on the 1999 Korean movie of the same title, the musical is back for a second run. It is directed by Oh Man-seok, a top musical and TV actor who in the production’s 2008 run played Mr. Kang Dong-su, a teacher in a country school who a girl with learning difficulties falls in love with. Oh cast singer Tim and musical actor Kim Seung-dae to take the title role this time. It runs until Aug. 28 at HOAM Art Hall in Sunhwa-dong, central Seoul. Tickets range from 40,000 won to 60,000 won. For more information, visit www.musical-organ.co.kr.

“Jack the Ripper”: With a story based on the unsolved murder case in London in 1888, this popular musical is on its third run in Seoul. The star-studded cast includes Ahn Jae-wook, Lee Ji-hoon, Eom Gi-jun and Super Junior’s Seong-min in the role of Daniel, Shin Seong-woo and Lee Geon-myeong for the role of Jack and Yu Jun-sang for the role of Anderson. The musical runs through Aug. 14 at Chungmu Art Hall in Sindang-dong, central Seoul. Tickets range from 40,000 won to 120,000 won. For more information, call (02) 764-7858~9 or visit www.jacktheripper.co.kr.