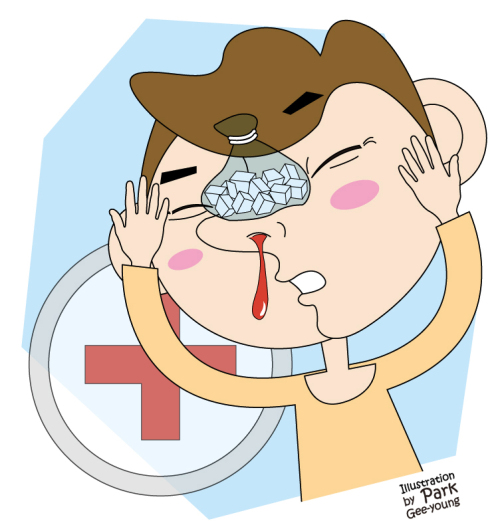 In this modern era of information, medical information is something that is sought by everyone. This means that, not only are many patients and guardians well informed, they also actively seek information about diseases. However, it is difficult to learn about emergency conditions unless you have been subject to them. 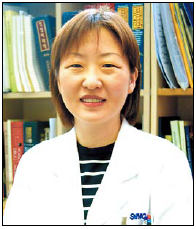 Song Keun-jeong
Compared to other diseases, few people know about or understand emergency conditions. Even in the treatment of common conditions such as hemorrhages and nosebleeds, people are misinformed. Medical staff are often shocked at the mistreatment of patients who arrive in ER.

Cleaning the wound is the first thing that should be done in the event of an injury. Sterilized water is the best option, but it is not easy to find. Using available tap water to remove any foreign substances at the site of the wound is the next best option. In cases involving hemorrhaging, many people will use hemostats on the wound before they bandage it and visit a medical facility.

Astoundingly, even some small medical facilities also use hemostats before they send patients to a bigger hospital. Of course, a hemostat will stop the bleeding. However, it will later act as a foreign substance and obstruct the recovery process. In severe cases, it may cause an infection and so should never be used.

On normal wounds, putting pressure on the wound with a clean gauze or cloth is the best way to stop bleeding. The pressure should be applied until the patient reaches a medical facility. In addition to hemostats, ointments that include antibiotics are commonly sold in drug stores. Many patients will apply these ointments before they visit a doctor. However, like hemostats, the ointment acts as a foreign substance and will have a negative effect on the healing process.

Nosebleeds that occur naturally are known to be more prevalent in dry environments, which is why they occur more often in fall. Most nosebleeds originate from the blood vessels that are in the front part of the nose. Therefore, putting the head back and allowing the blood to flow towards the neck is not only uncomfortable, it is dangerous. What you need to do is to put pressure on the nose and cool the forehead by bending forward at your neck.  Cooling the forehead will decrease the blood flow heading toward the nose.

In most cases of bleeding, cleaning and putting direct pressure on the wound is the best course of action. Taking additional measures before proper preparation is usually bad for recovery.

The author is a clinical associate professor at the department of emergency at Samsung Medical Center. ― Ed.