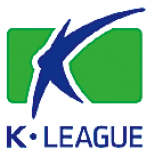 The head coach for a local military football team has been arrested for allegedly taking cash from parents of a player involved in match fixing, the defense ministry said Monday.

The bench boss for Sangju Sangmu Phoenix in the first-division K-League, named Lee, was arrested on charges of blackmail. The Sangju team is made up of professional players who have been conscripted to serve the mandatory two years in the armed forces.

According to the ministry, Lee took about 10 million won ($9,460) from parents of a Sangju player after demanding cash in exchange for concealing the player’s involvement in match fixing.

The player is among 46 active and former K-Leaguers indicted by public and military prosecutors in a snowballing match-fixing scandal.

Lee is the first active head coach to be arrested. Prosecutors believe he demanded money from parents of other Sangju players. Of the 46 indicted men, Sangju had the most players with nine.

Lee missed the team’s game on Saturday while being questioned by military prosecutors.