The Korean Red Cross is calling for an immediate restart to talks with its North Korean branch on reuniting more families torn apart by the countries’ divide.
President of the Korean Red Cross Yoo Chong-ha emphasized that contact with the humanitarian agency’s counterpart in the North was “a matter of great urgency.”

He said the Korean Red Cross was “ready to talk” immediately about continuing a program to reunite some of the almost 90,000 South Koreans yearning to see their loved ones on the other side of the demilitarized zone.

Thousands of families have been separated by the DMZ for the almost 60 years since the Korean War ended in an armistice in 1953. The North’s shelling last November of the western border island of Yeongpyeong stalled the bilateral Red Cross talks on starting reunions scheduled for that month. But Yoo, who was the South Korean foreign minister from 1996-98, this month said the Korean Red Cross was willing to provide incentives to help spur its Northern counterpart to cooperate on the project again.

“The family reunions are an issue of importance and an issue of urgency to us because we have now 80,000 to 90,000 people who have registered for a chance to meet their families in the North,” he said. 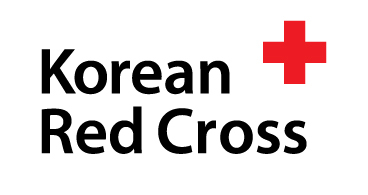 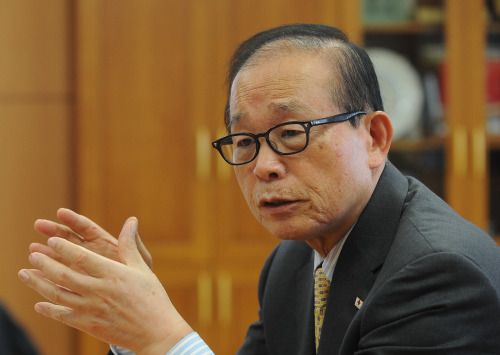 President of the Korean Red Cross Yoo Chong-ha. (The Korea Herald)
“Their age range is 70 to 100 years old. Last year we had one lady who is 100 years old. The mean age is almost 80 years old. For them it is important that we can realize the family reunions.

“Each year we have 4,000 to 5,000 people who are waiting passing away. Those who don’t die become old and weak and are unable to come even if they are given the chance, so it is a matter of great urgency.

“For North Korea to accommodate our wish, we are happy to provide various incentives or assistance we can give to realize the family reunions of substantial numbers.”

The South Korean Red Cross has already organized reunions in cooperation with the Central Committee of the Red Cross Society of North Korea for 3,764 families, reuniting 17,986 people between 2000 and 2010.

But Yoo said he wanted to drastically up the number and frequency of the reunions to ease “the depths of pain” suffered by those still waiting.

Although the Korean Red Cross wants to help the North in any way possible, and currently provides medical assistance, Yoo said that a large-scale food aid program was not possible now. The current political situation has seen intergovernmental talks blocked by the North’s refusal to apologize for two major military attacks on the South in the last 15 months.

He also said he did not believe that food shortages had reached the levels of the 1990s famine ― during which 1 million North Koreans died ― as UN World Food Program officials earlier this year warned. The WFP is to distribute emergency aid to 3.5 million North Koreans to counter food shortages blamed on the coldest winter in years, widespread flooding and an outbreak of foot-and-mouth disease.

Yoo said: “There is a certain amount of food to fill the gap. I think the general numbers are not very different from what we assume but we don’t agree with the conclusion that this famine is as great as the one in the 1990s where quite a large number of people died.

“I don’t think that there is a comparison there. I don’t think that the consequences will be as grave as they were in the 1990s. But we are watching with serious concern on how the food situation in North Korea would affect the health state of children at their growing stage.”

The European Union announced Monday that it would give about $14.5 million in emergency aid via the WFP to feed up to 650,000 North Koreans. The move came after a team of European Commission experts visiting the country last month reported widespread hunger there, with starving people turning to grass for nourishment.

South Korea, however, remains steadfast in its refusal to send any food aid to its northern communist neighbor.

“We have no plan to provide the North with large-scale government food aid,” Ministry of Unification spokeswoman Lee Jong-joo reportedly said following news of the EU move.

Seoul, once among the North’s largest donors, halted government aid in 2008 ― saying restarting assistance could only be considered once stalled denuclearization talks with the North were restarted.

Its stance has further hardened during ongoing political wrangling over the North’s refusal to apologize for attacks that killed 50 South Koreans last year, including Yeongpyeong and the sinking of its Cheonan corvette last March. It also remains suspicious that the North is already hoarding rice to boost stockpiles for the state’s elite and soldiers.

U.S. Secretary of State Hillary Rodham Clinton recently said that Washington is undecided on providing food aid, saying that Pyongyang must first improve relations with Seoul. Clinton stated that the North “must address our serious concerns about monitoring and outstanding issues related to North Korea’s suspension of previous food aid programs before we can consider any decision.”

Yoo agreed with concerns over “practical issues” of transparency and distribution when it came to food aid for the communist state.

“As a citizen of South Korea I believe that if we have resources we have to help the North Korean citizens and I think we have that capability, but this is only when we have access to the people and we have the security of transparency.”

He said that while emergency aid could be given in cases where disaster relief was necessary ― as the Korean Red Cross did during the Sinuiju flooding last year ― issues surrounding structured food aid programs at this time spilled over into the political sphere, which overstepped the Red Cross’ humanitarian mandate.

“If the Korean Red Cross is to provide food aid in North Korea there are quite a number of questions and issues that can only be resolved through quite substantial discussions.

“At the moment we are not in a state of conversation with the North so I think we have to come to the table and start talks first and that way resolve the issues. Any food aid must come out of conversation.”

“It would be out of the Red Cross’ hands. The Red Cross doesn’t involve in political issues as a matter of principle.”

However, Yoon said the Red Cross organizations of both Koreas could play a key role if inter-country talks were restarted.

“For governments there can be some problems as there are some conditions. The representatives of governments have to ease certain situations first. For Red Cross South and North to meet we would have no conditions we would just go and sit and bring out agendas. As the Red Cross is a humanitarian organization we can always emphasize the aspect of the humanitarian need of the North Korean people to our government. We can always play that role willingly.”

Red Cross officials from both countries are to attend an international meeting in China early next month, but a Korean Red Cross spokeswoman said officials from the two Koreas would not have a separate meeting at the summit to discuss lingering radiation threats from Japan’s damaged nuclear reactors to be held in Inner Mongolia from July 5-7.

For now, even the Red Cross hotline which kept the two countries’ organizations in touch has lately been in and out of use, with communications on humanitarian issues being done by fax.

“It’s on and off,” said Yoo. “When we talk, we would like to talk with them so that this hotline could be in use all the time regardless of the political situation.”