Chang Won-kie, chief executive of the LCD unit, was removed from his post to become adviser to Kwon in a move that industry watchers saw to be a demotion criticizing Chang’s role for the LCD unit’s lackluster performance.

The newly created Digital Solutions team was the result of merging together the company’s memory chip, system LSI and LCD unit.

The LCD unit’s slumping performance was seen to be main reason behind the rare July reshuffle.

“I’ve heard that the LCD business is in the doldrums, but we cannot give up in the face of adversity,” Kwon told reporters on Friday, promising new measures to help rejuvenate the display business. 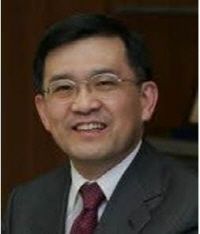 Kwon Oh-hyun
Sales of Samsung Electronics’ LCD unit during the first quarter of this year declined 5 percent from the same period last year to 6.5 trillion won ($6 billion), while the operating deficit stood at 230 billion won.

Analysts forecast liquid crystal displays were unlikely to look up any time soon in the face of surging demand and supplies of smart devices such as smartphones and tablets.

“The sluggish performance of the (components) division had an impact on the latest reshuffling, but we hope for the changes to help normalize LCD and other parts business divisions,” said Rhee In-yong, executive vice president of Samsung communications’ team.

Rhee also said another objective behind the reshuffling was to show its clients that Samsung was moving to establish firewalls between its units.

Samsung is a rare fixture among global IT bellwethers for being involved in both components and finished products.

This feature had caused other rivals such as Apple to raise confidentiality concerns.

Sung In-hee, president of Samsung Human Resources Development Center, was nominated CEO of Samsung Fine Chemicals to fill the shoes of Kim Jong-joong who was moved to the new Digital Solutions division.