TAKAYAMA ― It was 8 a.m. on Saturday, and the Incheon International Airport was packed with people heading out for a weekend getaway or an early summer vacation. But our queue ― we were headed to Takayama in Gifu Prefecture, Japan ― was noticeably short, and it took only 10 minutes to complete check in.

The tour guide said the number of foreigners going to Japan has dropped drastically since the March 11 earthquake and tsunami. He did not need to tell us this as the flight to Nagoya Airport was almost half empty.

Our post-tsunami tour was organized by the Takayama City, which is desperate to revive its tourism industry. Located some 300 kilometers south west of Fukushima, there is no need to worry about safety in Takayama, said Atsushi Murai, a senior officer at Takayama City.

He seemed right. It was hard to find any evidence of tsunami or earthquake during the three- hour drive to Takayama. 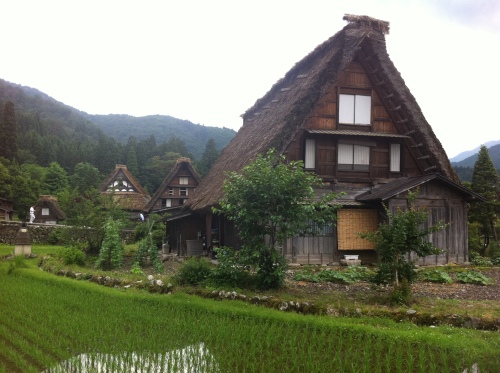 Our first destination was the village of Shirakawa-go. Nestled deep in the Shogawa river valley, the UNESCO world heritage site is a place where the clock has stopped.

The wooden houses, some of which are more than 250 years old, straw-made roofs and the green rice paddies create an exotic scene.

The gassho-style steep thatched roof, in particular, is quite unique. The village receives heavy snowfalls in winter, usually 2-3 meters between December and March, hence the A-shaped roof, explained the guide.

Takayama offers a choice of more than 50 hotels and Japanese inns, or ryokan, as well as some 300 family-run guesthouses across the city. Most accommodations here provide hot spring bath, or onsen, but if you want to soak in a natural hot spring, you should go to Okuhida hot spring village. 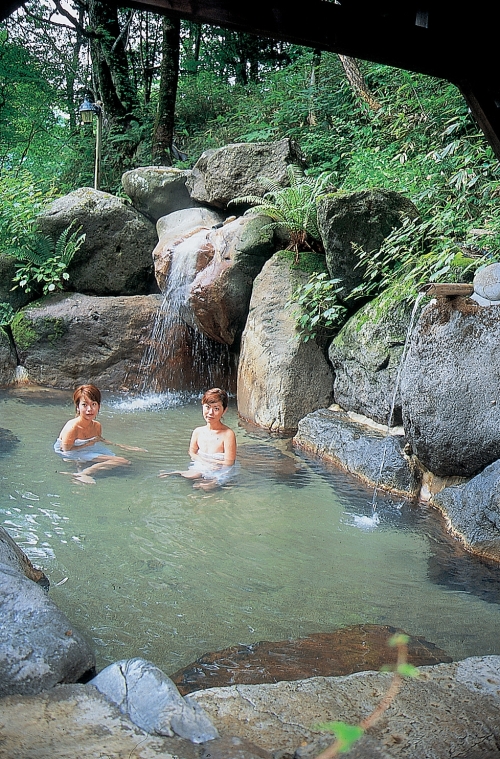 They offer a variety of baths, each with its own unique character and hot spring water, as they are fed from different hot spring sources.

Sitting inside one of those open air baths, overlooking at the marvels of Japan’s Northern Alps, one can relax.

After taking the outdoor bath, our group joined the representatives of Takayama City and Okuhida Tourism Association for a traditional Japanese course dinner.

Of course there were some fresh sushi and sashimi, but the main dish was Hida beef. Hida-Takayama region’s beef, called hidagyu, is well known for its quality and taste in Japan. One can have it in sukiyaki or grilled, and that night we enjoyed it in sukiyaki with a bottle of chilled sake.

As the evening wore on, one of the representatives volunteered to sing a local anthem. The man, looking in his 60s with gray hair, knelt down in front of us before singing the town’s anthem. This is the greatest honor the Japanese could give to visitors, explained our guide.

Noritsugu Okimoto, the director of Okuhida Spa Tourism Association, admitted that the hot spring village has been suffering a great setback after the devastating March 11 earthquake and tsunami.

“We used to have a lot of foreign tourists, but now we have almost no foreigners,” he said with a thin smile, offering me another cup of sake. The night was long, and we could fully enjoy the local dishes and drinks.

The Shinhotaka Ropeway, one of Takayama’s most well known tourist spots.

The ropeway, in fact, has one of the largest elevation gains in the country, climbing over 1,000 meters up the side of the Hotake Mountain Range, which includes Oku-Hotakedake, Japan’s third highest peak at 3,190m.

From Nabedairakogen Station the double-decker gondola climbs more than 800 meters to the Nishihotakaguchi Station at an altitude of around 2,150 meters. At the observation deck on the roof of the upper station, one can fully appreciate a panoramic view of Japan’s Northern Alps.

Takayama is also admired for its traditional old houses. The southern half of the old town in Hida-Takayama, especially the Sannomachi street, survives in a particularly pretty state with many old homes, shops, tea houses and sake breweries, some of which have been in business for centuries.

While strolling through rows of old private houses and trying some local snacks and sake, one can easily soak up the unique atmosphere of Takayama.

The next morning, we wished we could stay at least one more day, but unfortunately we had to take the bus back to Nagoya airport.

Rain came down in fat drops during the ride, but the air was cool when we got off from the bus. Before leaving, we promised the city official that we would come back again soon. All those talks about Fukusima radiation threats had became lost on us a long time ago.

If you go: Asiana Airlines operates daily flights between Incheon and Toyama and Nagoya Airport. From Toyama, the express train takes 1 hour 30 minutes to reach Takayama, and the regular buses take 2 hours and 30 minutes.