A special film festival dedicated to children and teenagers, with some 140 films from 37 different countries, will be held in Seoul next week. 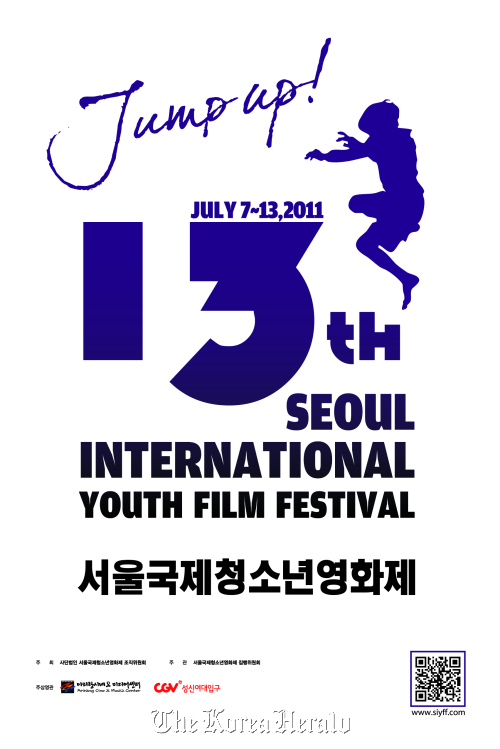 The official poster of the 13th Seoul International Youth Festival. (SIYFF)
All of the films that are being screened this year feature problems and experiences of youths, including relationships, families, sexuality, and growing up.

The festival opens with Dutch director Mark De Cloe’s feature-length film “The Strongest Man in Holland,” a heartwarming cinematic tale of a young boy who fantasizes that his father, whom he’s never met, is the strongest man in the country. 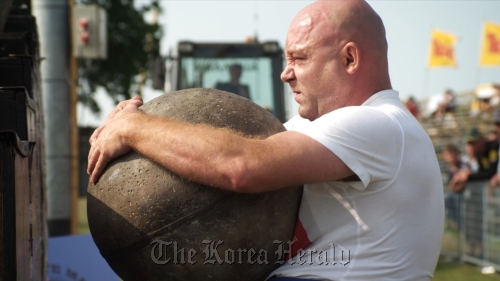 A scene from “The Strongest Man in Holland” by Dutch director Mark De Cloe, the opening film of SIYFF this year. (SIYFF)
For moviegoers with children, check out the “Children of Heaven” section. Featuring a total of 11 films from eight different countries, the section offers both animated and non-animated films that are suitable for viewers of all ages. Among the 11 films is “The Catcher on the Shore” by Japanese director Ryugo Nakamura, the youngest participating director this year. Born in 1996, Nakamura made his first short film, “Goat-Walking,” when he was 13. The film was featured at Short Shorts Film Festival & Asia in 2010.

“The Catcher on the Shore”― a story of a boy who struggles to save a goat’s life from adults who try to cook it ― is the longer version of “Goat-Walking.”

“Red” features a total of six films on teen sexuality, all of which tell stories of young characters with different experiences. The films’ characters struggle with their sexual orientation; had been sexually abused as a child; and even works as a prostitute to buy herself hamburgers.

“For Kids,” on the other hand, is exclusively programmed for children under age of 10. The program offers six films that have no dialogues, so kids who haven’t learned how to read can also enjoy without having to follow subtitles, and five animated films of heroes and adventures.

The two “Stimulating View” categories are the only competitive sections in the festival. While “Stimulating View 1” features 21 selected films by youth ― both from Korea and foreign countries ― aged 13-18, Stimulating View 2” will exhibit 18 films by adult directors that tell stories of children, youth, families and growing up. This year, a total of 828 films from 65 countries have been submitted to be considered for the section.

The winners of the two sections will be screened as closing films of the festival.

SIYFF’s Fund Project, “Beautiful Eyes of Youth,” features eight selected short films that have been produced by teen moviemakers in Korea. This year, more than 150 youngsters submitted their pitches for the project and only eight were provided with funding, mentorship and equipment needed for their project.

Aside from film screenings, there will be a variety of events for youngsters, including film-making camp, media education seminars and meeting with move directors.

Almost all of the film screenings of the festival will be held at CGV Seongshin Women’s University and Arirang Cine & Media Center.

The festival runs till July 13. For tickets and information, visit www.siyff.com.