The cartoonists plan to meet some new fans, and will sell comic books, mini comic-books and merchandise.

The outing has been organized by English teacher Joseph Hewitt, who has been in Korea since 1998, and has had work featured in Comment is Free and the Newfoundland Herald. He also has a comic book out featuring his most popular series, “Voles of the Dusk,” about rodents surviving in a nuclear wasteland where the humans have died out. 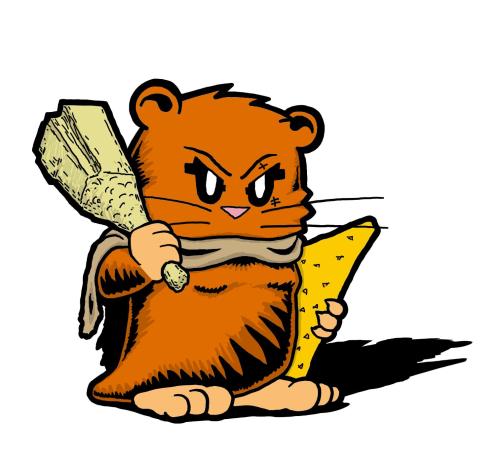 “Voles of the Dusk” is one of the series on ataraxiatheatre.com. (Joseph Hewitt)
Another series he has is “Lucy and Bing Go North,” which was originally made for his students. Two penguins travel north to bring Santa Claus his presents, but the rocketship their mother built breaks down on the way.

“As far as I know this has never been done before,” said Hewitt. “This will be a great opportunity for us to meet one another and show off our stuff.”

Comic World is a comic book convention that is held regularly in Busan and Seoul, attracting comic book artists, fans and the odd cosplay enthusiast. The Busan event will be on July 8-9 and costs 4,000 won to register for a day. 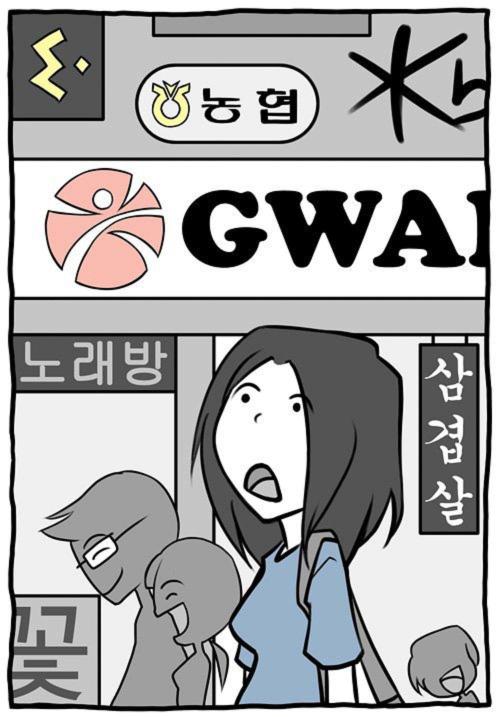 “Dear Korea” can bee seen at dearkoreacomic.com. (Jen Lee)
Texan artist Jen Lee, who draws the “Dear Korea” strip, will also be attending. Having arrived in July 2010, it will be her first time to attend a Comic World event.

Lee, whose birthday is on the same weekend, says she is looking forward to meeting some readers.

“Though the comic is primarily online, nothing makes me happier than witnessing someone enjoying my work in person,” she says. “If I could get that sort of reaction out of even one person at this event, it would be the best birthday present a girl could have.”

She says these moments give her impetus to keep going.

“The humbling knowledge of the fact that my comic has brought a smile to someone’s face gives me the drive to put out another strip each week.”

Hewitt gave up drawing for a few years as he felt cut off from his readers and the wider comics community at home, although he says the Internet has improved things. He got back into drawing after visiting the National Museum of Comics and Animation in Bucheon, where he says he was particularly inspired by Yoko Takami, a Japanese cartoonist who lived in Korea and wrote autobiographical comics.

But Lee finds Korea to be a good place for beginners looking to get creative.

“I think Korea is a great place for anyone trying to get a head start into the world of comics and art in general,” she says.

“There is a lot of inspiration to draw from here, and everyone is so supportive when it comes to trying something new.

“I just hope readers can continue to enjoy my incredibly corny jokes!”