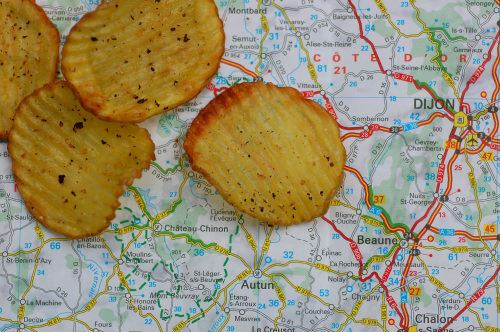 (MCT)
LOS ANGELES — Public Enemy No. 1 in America's battle of the bulge isn't cupcakes, soda or double bacon cheeseburgers. It's the simple potato, according to Harvard University researchers.

Daily consumption of an extra serving of spuds — french fried, sliced into crispy chips, mashed with butter and garlic, or simply boiled or baked — was found to cause more weight gain than downing an additional 12-ounce can of a sugary drink or taking an extra helping of red or processed meats.

Altogether, after tracking the good and bad diet and lifestyle choices of more than 120,000 health professionals from around the country for at least 12 years, the research team calculated that participants gained an average of 0.8 pound a year, close to the U.S. average, according to a report published in Thursday's edition of the New England Journal of Medicine.

It may not sound like much, but as the years go by "it becomes like compounded interest," adding up to 16 pounds over 20 years, said Dr. Jeffrey Schwimmer, director of the weight and wellness program at Rady Children's Hospital in San Diego, who wasn't involved in the study.

Potatoes were once hailed as history's most important vegetable, and the Incas — whose ancestors are credited with domesticating spuds in South America — worshiped a potato god. Potatoes are certified as a "heart healthy" food by the American Heart Association. And just three years ago, the United Nations declared 2008 the International Year of the Potato, praising the tuber for being a good source of vitamin C, several B vitamins, and minerals including iron, potassium, phosphorus and magnesium.

The typical American consumes 117 pounds of potatoes each year, including 41 pounds in the form of previously frozen french fries, according to data from the U.S. Department of Agriculture. "Fresh" spuds account for only 28 percent of the total, the USDA says.

The problem, said study co-author Dr. Walter Willett, chairman of the nutrition department at the Harvard School of Public Health, is that "we don't eat potatoes raw, so it's easier (for the body) to transform the starch to glucose."

Since spuds prompt a quick spike in blood sugar levels, they cause the pancreas to go into overdrive trying to bring levels back down to normal. As blood sugar spirals down, people usually experience hunger, which leads to snacking. Over many years, this cycle can result in drastic weight gain and a fatigued pancreas, possibly contributing to the development of type 2 diabetes.

Making matters worse, potatoes pack a lot of calories into a relatively small package, said Dr. Dariush Mozaffarian, the study's lead author. A large baked potato — without any fixings — will set you back about 278 calories, and a serving of french fries contains between 500 and 600 calories. That makes the 140 calories in a 12-ounce can of Coca-Cola or the 150 calories in a Pepsi look puny.

But Willett said that sugary beverages are hazardous to the waistline because so many people often drink so many of them.

Frank Muir, president of the Idaho Potato Commission, said that if the researchers wanted to figure out what was behind the obesity crisis, they should have examined "onion rings, deep-fried pickles or any other food that is fried." Potatoes "stand up very well in terms of nutritional value per dollar input into the soil," he said, and are "one of the most nutritional foods you can eat."

The researchers did find other culprits. For each additional sugary soft drink consumed per day, participants in the study gained an average of 1 pound over four years. Extra servings of red meats and processed meats did only slightly less damage.

Consuming an extra alcoholic drink translated into close to half a pound more on the scale every four years. Even 100 percent fruit juice took some blame — drinking an additional glass each day was tied with nearly one-third of a pound in weight gain over the same period.

People who ate these foods regularly may have been less likely to consume higher calorie goodies, thus decreasing their total caloric intake, the researchers said.

Behavior mattered too. Every extra hour spent watching television each day correlated with half a pound of weight gain over four years. Conversely, increasing one's level of daily physical activity was linked with almost two pounds of weight loss over four years, though there was no link between absolute exercise levels and weight.

Sleeping too little or too much was also associated with weight gain. And compared with people who never smoked, onetime smokers who quit gained about a pound each year. In contrast, those who continued smoking were less likely to gain weight, which could be related to nicotine's suppressive effects on appetite.

The only finding the study authors said was surprising was that people tended to gain one fewer pound every four years if they ate an extra daily serving of yogurt. Though they are unclear about why this occurs, they posit that changes in gut bacteria may be responsible.