Punishment in the classroom

The new rules are not without controversy. On the left of the political spectrum, education offices in Seoul, Gyeonggi Province, Gangwon Province, and North Jeolla Province oppose the punishment, arguing that it infringes on students’ human rights. The four offices banned all forms of physical punishment in defiance of the Education Ministry. The National Human Rights Commission has also condemned the acceptance of indirect corporal punishment, which it argues is too ambiguously defined.

Others, including the Korean Federation of Teachers’ Associations, the country’s largest teachers’ union, argue that some form of physical punishment is necessary to maintain discipline in the classroom.

The issue was reignited this week when a teacher in Gyeonggi Province was reprimanded by the provincial office of education for ordering two disruptive students to do push-ups. The disciplinary action caused outrage among some teachers and parents, with the KFTA vowing legal action if the sanctions against the teacher are not dropped. 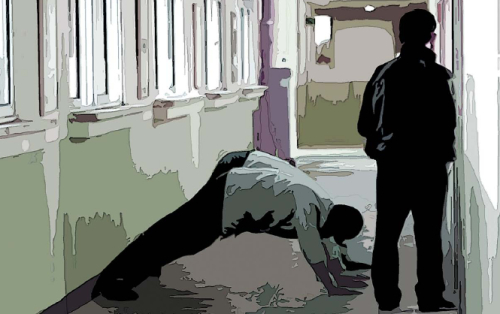 Yes: We must protect students’ right to learn

Before starting our debate we want to make sure that we don’t include kicking or hitting students, which is violence, not corporal punishment. Violence is not just banned at schools but punished as a criminal offence by law. This debate also doesn’t include non-educational or emotional punishment, and takes into account the procedure of not using the teacher’s body or other materials, which is already banned.

The first reason is that this motion limits the teachers’ guidance, ending up in violation of the majority of students’ right to education, because teachers can’t restrict the actions of the minority of students who disrupt class. The term “corporal punishment” used in some provincial education offices, which has led to the motion to ban indirect corporal punishment means “any kind of punishment including physical pain.” It is a broader term than we usually think of when we talk about corporal punishment, as students can insist that they feel physical pain in far more situations than common sense would indicate. In this case teachers can’t even order students to stand up, if they insist it is painful. This means a limitation in guidance, as we don’t yet have enough alternative methods. Suspension was recently imported when the “Enforcement Decree of the Elementary and Secondary Education Act” was recently revised banning all direct corporal punishment. But we don’t have procedures like retention or expulsion (in elementary or middle school). And we even don’t have the usual guidance methods used in other countries, such as detention. Thus, KFTA requests alternative guidance methods by social agreement before all indirect corporal punishment is banned.

Second, we must remember that the classroom is not a scene where the teacher and student meet one-to-one. In Korea we have about ten more students in a class on average than other OECD nations (in 2009, Korean elementary schools had 31 and middle schools, 35.6. The OECD average for elementary schools was 21.4, middle schools, 23.9). We need effective guidance methods to protect the educational rights of the students. If we had about twenty students in one classroom it would be much easier to control the class and to approach and educate each student individually. So if the government or the provincial educational offices really want to ban all corporal punishment, they should spend money on employing enough teachers to reach the classroom numbers of the rest of the OECD, instead of wasting it in vote-catching populist policies proposed by political parties.

The third reason is that the decree regulates how schools provide discipline. Every school has a different environment and members. So each school must have the authority to decide how policies will be adopted because each school is different. Giving schools the authority to decide their own student discipline plans is one method to meet the needs of students and parents.

One more reason is that KFTA members are law-abiding citizens. As teachers instructing students to obey the law as democratic citizens of a constitutional state, we must show a good model of obeying the law by abiding by the enforcement decree. Even if there are problems in the decree, we should try to revise it, not violate it. If a student is hurt by severe indirect corporal punishment it can be handled by existing law. There is no justification for violating the law. We demand the superintendents of educational offices trying to violate the act and enforcement decree to abide by the law.

We do not want to cause students pain by corporal punishment. We love our students, so we want to protect their educational rights, to provide a better learning environment with fewer students per class and regulations that fit every unique school, and to be good examples of law-abiding citizens for them. So our opinion is that the total banning of indirect corporal punishment must be promoted after preparing the environment such as with guidance methods, enough teachers, school autonomy and the revision of the enforcement decree. 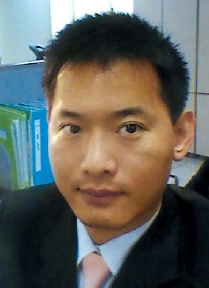 The writer is international coordinator for the Korean Federation of Teachers’ Associations. ― Ed.


No: Laps and pushups are dehumanizing

“Indirect corporal punishment” is actually an oxymoron. The terminology was invented to circumvent people’s concerns that “direct corporal punishment” infringes on students’ human rights and should be prohibited in schools. It tries to conceal the fact that what violates the universal norm for human rights is the corporal punishment itself, not its method. Whether the physical pain comes from canning or paddling, or from running laps or tens of push-ups, any disciplinary practice based on such pain dehumanizes and objectifies the students, as seen in the history of slavery.

This is why the U.N. Committee on the Rights of the Child has strongly asserted “States’ obligation to prohibit and eliminate all corporal punishment and all other cruel or degrading forms of punishment.” The committee emphasized that such punishment would humiliate the students infringing their human dignity and physical integrity. The committee dismissed the assertion that some level of “reasonable” corporal punishment could serve the “best interests” of the child: it held that the child’s “best interests” should be considered in all actions concerning children and the primary concern should be to protect children from all forms of violence and humiliation.

When the Ministry of Education, Science and Technology revised the Enforcement Ordinance for the Primary and Secondary Education Act to abolish any kind of corporal punishment at the end of last year, it happened in accordance with such a universal application of children’s rights. The Ordinance forbids schoolmasters from exercising disciplinary measures which may cause “any physical pain” to the student. In fact, the Ministry had tried to permit “indirect corporal punishment” and released a preliminary announcement of the revision bill with corresponding clauses in advance. But, facing tremendous and vehement criticism of the bill in civil society, it had to give up the bill and the underlying intention to make the debate on corporal punishment a political issue, which could be effectively manipulated to attack so called “progressive superintendents of education.”

Apparently, some advantages of such punishment are that it is indispensable under such poor conditions for schools, as teachers are compelled to teach big classes with limited resources. They add that the prohibition of corporal punishment would deprive teachers of their power to handle deviant students, who may disturb other students’ study or defy their teachers. But such contentions hide the fact that most civilized countries have abolished it; they ignore the truth that it has long been proved that such punishment is ineffective in educating children; and, they turn a blind eye to the age-long wisdom that violence does not make peace, but only more violence. Moreover, they conceal that punishment has officially been forbidden in school since the mid-1990s. For nearly 15 years of that prohibition, the Korean educational community has done nothing to develop any civilized method of educating and disciplining disruptive students. How ridiculous it is to say “I can’t teach students without beating them” in such an advanced and democratized society as Korea!

For the present, it may be no use to argue for or against corporal punishment or about whether “indirect” punishment for purely educational purposes, which used to be called “educational punishment,” should be permitted. The answer has been laid down by the Ministry’s Ordinance mentioned above. What is needed today is not efforts to find crude alternatives to corporal punishment. Rather, it is the time to put our heads together and find the most appropriate ways to teach and discipline our children, whose human rights shall not be ditched at the school gate anymore.

“De-regulation” could be the best idea: Simply to relax the rigid regulations on hair style, uniform and dress code, use of mobile phones, club activities and so on will substantially lessen teachers’ workload of disciplining the students. Letting them make their own code of conduct will reduce the considerable number of violations of the rules. Using polite expressions on both sides, teachers and students, is a good way to get rid of verbal abuse in school.

“Due process” of discipline should be established in the corporal punishment-free schools, which means that disciplining the deviant student should not be dumped solely on an individual teacher; it should be the work of the school as a systemic entity of education, which should be backed by the local community. It is not punishing, but counseling, advising, mentoring, and supporting that should be the method of educational discipline. 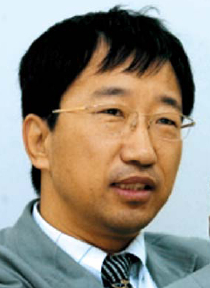 The writer is a professor at Konkuk University Law School. ― Ed.