North Korea said Friday that it will dispose of South Korean assets seized or frozen at Mount Kumang under its new law regarding the scenic mount resort.

The North also said Hyundai Asan Corp., a key operator of the tour project for the scenic mountain just north of the heavily armed border, should come to the table by the end of the month for talks over the disposal of the assets, according to the North's official Korean Central News Agency (KCNA). 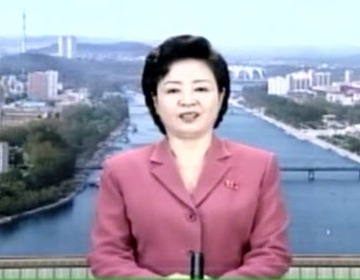 The tours to Mount Geumgang came to a halt after a Seoul woman allegedly trespassed into a restricted zone and was shot dead near the resort in 2008.

North Korea maintains it has taken measures to shed light on the shooting and bolster safety, while the South has dismissed them as far short of satisfactory.

In anger, the North in April last year seized or froze South Korean assets at Mount Geumgang, including a government-owned family reunion center, shops and a golf range.

In late May this year, the North announced the package of moves in the law that it says will help turn the mountain into a special zone for international tours.

The law also provides foreign investors with preferential conditions for economic activities and grants their remittance of their profits, according to the North.

Pyongayng said it would allow South Korean and other foreign investors to build a casino, golf course and night club in the scenic mountain in an apparent move to earn hard currency by attracting foreign tourists.

The two Koreas launched the joint tour program to the scenic mountain in 1998 as part of moves to boost cross-border reconciliation and cooperation, providing a legitimate source of hard currency to the cash-strapped North.

Tensions have persisted between the two rival Koreas over Pyongyang's two deadly attacks on the South last year that killed 50 South Koreans.

North Korea has refused to take responsibility for the sinking of a South Korean warship and shelling of a frontline South Korean island, keeping the two sides from moving their relations forward for more than a year.

The political impasse also led to the collapse of secret inter-Korean meetings last month allegedly meant to set up summit talks between the leaders of the two Koreas. (Yonhap News)