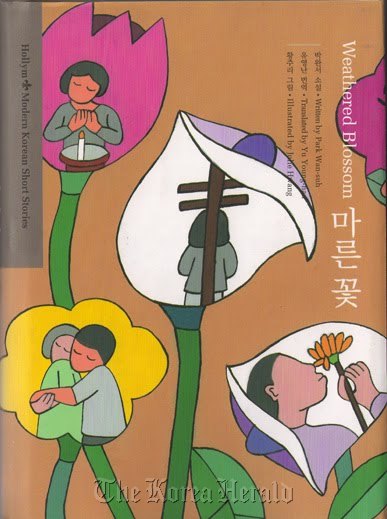 Late author Park Wan-suh has written a lot about Korean women of different time periods, ages and personalities. From an established gynecologist (“Three Days in That Autumn”), to an old dying mother who cannot let go of the day her son died during the Korean War (“Mother and a Picket”), Park’s female characters have been both ordinary and original, while living lives that are inevitably influenced by Korea’s history and social expectations.

Park’s 1995 novella “Weathered Blossom,” however, is a rather personal story of an old widow in her 60s. The protagonist is not the ideal Korean mother who’d sacrifice everything for her children. She quietly expects the younger members of the family to treat her well, though she never openly demands it, and secretly gets upset when she feels she is not treated with the respect she thinks she deserves.

After attending the unpleasant wedding of her nephew in Daegu, who did not offer her a place to stay for the night, she decides to go back to Seoul alone. Unexpectedly, she falls for a well-dressed and mannered elderly man whom she runs into while making her way home. The two begin to go on dates, which make the protagonist to once again feel good about her life and herself. Yet things begin to change when she sees her aged naked body in a mirror after taking her bath. She sees no beauty in herself but only sad records of her personal history.

What makes “Weathered Blossom” not a simple story about senior dating is Park’s deeply philosophical accounts on love, lust, aging and most of all, aged bodies. “The lady believes that love is beautiful only with lust, as it is the only way to be blinded,” she writes in the book. Park writes about what it really means to love one’s aging partner and his or her body, including the disgrace and sadness of it.

Born in 1931 in Gaepyeong-gun, Gyeonggi Province, in what is now North Korea, Park became a housewife-turned-novelist at age 40 when her novel “Namok,” or “Bare Tree,” won a contest organized by a women’s magazine.

Her works often feature ordinary families, the aftermath of the Korean War and women in Korea’s patriarchal society. She won many literary awards including the Yi Sang Literary Award and the Korean Literature Award.

Park died of gallbladder cancer in January, at age 80.