The $280 million deal with installer SolarCity is the largest of its kind. SolarCity can use the funds to pay for a solar system that it can offer to residents for no money down. In exchange, customers agree to pay a set price for the power produced by the panels. 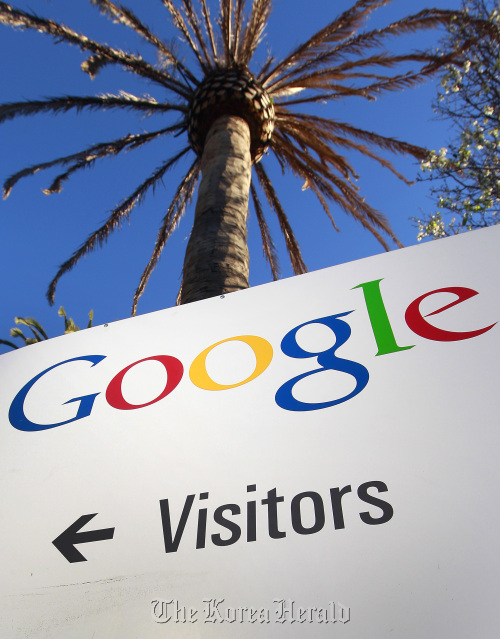 A sign outside Google Inc.’s headquarters in Mountain View, California. (Bloomberg)
Google earns a return on its investment by charging SolarCity interest to use its money and reaping the benefits of federal and local renewable energy tax credits.

“It allows us to put our capital to work in a way that is very important to the founders and to Google, and we found a good business model to support,” said Joel Conkling of Google’s Green Business Operations in an interview before the company announced the investment Tuesday.

Google co-founder and chief executive Larry Page wants Google’s operations to eventually produce no net greenhouse gas emissions. To this end, Google has invested in wind farms in North Dakota, California and Oregon, solar projects in California and Germany, and the early stages of a transmission system off the East coast meant to foster the construction of offshore wind farms. The SolarCity deal brings the total value of these investments to $680 million.

Google, based in Mountain View, California, is emerging as one of the biggest corporate users of energy as it continues to build data centers packed with computers that run its search engine and other services.

This type of fund Google is creating is common in the residential solar industry, A typical rooftop solar system costs $25,000 to $30,000, too much for many homeowners to lay out. Instead, solar providers like SolarCity and competitors SunRun and Sungevity can pay for the system with money borrowed from a bank or a specially-designed fund. The resident then pays a set rate for the power generated. The rate is lower than or roughly the same as the local electricity price.

A typical 5-kilowatt system will generate about 7,000 kilowatt-hours of power in a year, or about 60 percent of the typical household’s annual use. The homeowner buys whatever remaining electric power he needs from the local utility. The homeowner typically enjoys lower overall power bills and is protected somewhat against potentially higher traditional electricity prices in the future.

Electricity prices have not risen in recent months, unlike gasoline and heating oil. But they’re expected to creep up in coming years as the cost of increasingly stringent clean-air regulations are passed on to customers.

These types of programs don’t work well in all states or for all homes. In order for both the solar company to make money and the homeowner to save money there must be some combination of high local electric rates, state and local subsidies, and low installation costs.

And, of course, sunshine. A home needs a roof, preferably facing south, that is not shaded by trees or structures.

Google’s $280 million is expected to pay for 10,000 rooftop systems that will be installed over the next 18 months. These types of programs originated in California, by far the nation’s largest solar market, because the state has offered generous incentives, power prices are high and there is ample sunlight.

In recent months, though, SolarCity and its competitors have announced expansions to other states, and the establishment of new funds to pay for new systems. SolarCity, based in San Mateo, California, offers service in Arizona, California, Colorado, Maryland, Massachusetts, New Jersey, New York, Oregon, Pennsylvania, Texas and Washington, D.C.

SolarCity established a $158 million fund in May while SunRun set up a $200 million fund, both with U.S. Bancorp. SolarCity has now raised $1.3 billion in total. Also last month, Sungevity announced it would offer services through Lowe’s stores in eight states.

Customers typically choose to finance their systems. SolarCity says of the 15,000 systems it has installed, 12,000 were financed.

Google’s investment generates returns three ways. Google gets a tax credit from the federal government of 30 percent of the cost of the solar projects, in this case $84 million. It also can write off the total value of the systems in the year they are built, an accounting benefit called accelerated depreciation. The value of state and local tax credits also flow to Google.

Finally, SolarCity pays Google interest for the use of the funds through the rates it charges customers, though neither company will say how much.

Google also declined to compare the return on its solar fund with the company’s overall profit margin. In 2010, Google earned $8.5 billion on $29.3 billion in sales, a profit margin of 29 percent.

Google investors have questioned investments that have little to do with the company’s main Internet businesses and that may be potentially risky or generate lower returns. In a meeting with investors last month, Google CFO Patrick Pinchette said tax benefits of these projects can generate high returns.

“In order for us to invest in them they have to do very well from a returns perspective,” Pinchette said.

Nathaniel Bullard, a solar analyst at Bloomberg New Energy Finance, estimates that these types of residential solar funds generate returns for the primary investor of well over 10 percent, and perhaps as high as 20 percent, including the value of the tax benefits.

Google ― and solar installers ― hope that this investment will inspire other corporations to establish similar funds.

“The number one constraint for the last few years has been the lack of project financing,” said Lyndon Rive, CEO of SolarCity. “Once corporations start entering this space it will bring more affordable solar to millions of homes.”