The Korea Management Association Consultant said Samsung Electronics received the highest marks in manufacturing and SKT was rated No. 1 in service providers when selecting the top company to work for in Korea in a survey answered by 5,214 people. 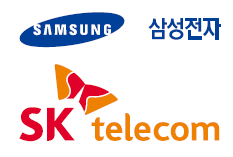 Companies were evaluated on whether the firm had a clear vision and strategy, training and pay. They were also graded on their corporate culture with a focus on innovation, according to the survey.