However, the South Asian country has a lot more to offer, a tourism official said.

“Not just Bali, we have 13,000 small and big islands where you can explore not only great natural atmosphere but also unique and diverse culture still alive on each island,” Sapta Nirwandar, director general for Tourism Marketing at the Ministry of Culture and Tourism of Indonesia, told The Korea Herald.

Nirwandar was in Seoul to participate in the Korea World Travel Fair held at COEX on Jun. 2-5. He was the head of the Indonesian delegation consisting of officials from the Culture and Tourism Ministry, Regional Culture and Tourism Office of Bali Province, tour operators, and hoteliers. 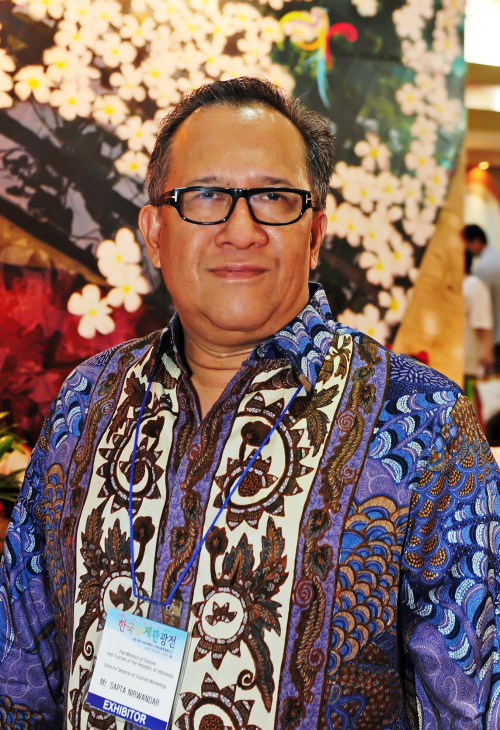 Sapta Nirwandar, director general for Tourism Marketing at the Ministry of Culture and Tourism of Indonesia
The event hoped to give Koreans a closer look into Indonesia’s tourism industry, said Nirwandar who claims to be a true galbi lover.

“There is a real Jurassic park that still exists on the island, a perfect place for families with kids,” the 57-year-old official said.

“Even though we don’t have direct flights from Incheon to those islands, you can go to many different regions via Jakarta,” he added.

The number of Korean visitors to Indonesia has been growing steadily.

The growing number of visitors reflects the increasing demand for eco-tourism among Korean tourists. But it is Indonesia’s culture that makes it more unique than other Southeast Asian countries.

“We are trying to go green as this is an international issue but still we are based in culture. Indonesia is famous for its unique, diverse culture,” he said.