Chunnam has agreed on a fee with Sunderland for the sale of the 20-year-old striker, according to the club official. The signing fee has not been disclosed but it is reportedly between $1 million and $1.3 million.

Sunderland finished 10th in the 20-team league this season, and manager Steve Bruce has been looking for a player to add more power on their attack side.

Ji made his debut for Chunnam only last year but has made a big impact in his first full season, scoring nine goals in 32 appearances. He has made 11 appearances for the Korean national team and scored six goals. 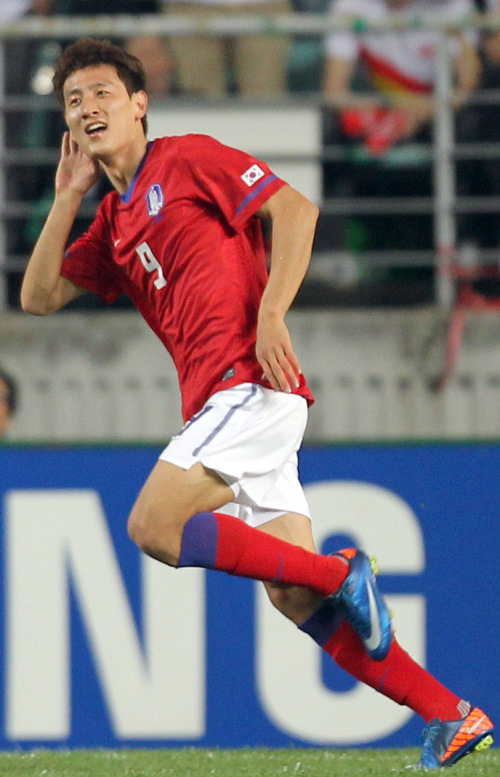 Ji Dong-won of Chunnam Dragons. (Yonhap News)
Most recently, Ji struck an opener and set up another goal to give Korea a dramatic 2-1 win over Ghana in a friendly on Tuesday.

The national team manger praised the 20-year-old after the game, saying he was a “versatile player.” Cho added that he believes Ji could be a great success in Europe.

“He is tall, but also fast and smart. I think he can play really well in Europe if he can add some more power,” Cho said.

Ji is now expected to play for U23 team on June 19, when the team meets Jordan in an Asian qualifier for the London 2012 Olympics.