As the Lee Myung-bak government in Seoul strove to prevent negative political fallout following the incident, news spread that Pyongyang’s military had test-fired a missile near its tense western sea border with the South last week, further upping tensions.

As South Korea’s longstanding ally the U.S. remained undecided over when and how to resume its stalled food aid to starving North Koreans, the impoverished state announced it will develop two islands on the border with China into an economic zone.

As Seoul’s chief nuclear envoy flew over to Beijing, apparently for solution to the stalemate six-nation talks aimed at denuclearizing North Korea and the communist state’s provocative threats, South Korea appointed a North Korean defector to the highest government post ever to be taken by a refugee from Pyongyang.

Meanwhile, Washington tapped a Korean-American State Department official as its new ambassador to Seoul, while U.N. Secretary-General Ban Ki-moon announced his bid for a second term, two developments analysts say will have a positive effect on the divided Korean Peninsula.

Intelligence sources in Seoul said North Korea test-fired a short-range missile off its western coast last week, shortly after threatening to suspend all dialogue with the southern rival.

“North Korea fired a KN-06 short-range missile off its west coast in the middle of last week,” a source here said on the condition of anonymity. “The launch is seen as a test to improve the KN-06 missile.”

The launch would be the North’s first test of short-range missiles in 19 months. In October 2009, North Korea test-fired five KN-02 surface-to-surface missiles off its east coast.

The report comes only days after Pyongyang’s military threatened an “overall” military retaliation against South Korea over its reserve forces units’ usage of North Korean leaders’ photographs as targets during firing drills.

“From now on, the units of the three services of the Korea People’s Army and the Worker-Peasant Red Guards will launch practical and overall retaliatory military actions to wipe out the group of traitors at a stroke,” said a spokesman for the General Staff of the Korean People’s Army in a statement carried by the North’s official Korean Central News Agency.

Following the renewed threat, South Korean defense minister vowed “a very strong response” for any future attacks by the North.

South Korea must react to any future attacks by the North with stiffer responses than in the past, Defense Minister Kim Kwan Jin said at a regional security conference in Singapore.

“Proactive deterrence means that if there is a provocation, we will respond very strongly,” Kim said. “I don’t think we can be reserved because they are being bolder and bolder.”

North Korea’s disclosure last week of what it claims was an “under-the-table proposal” from the South for summits seems to seek a stir here that observers here say will not only worsen inter-Korean ties but trigger political conflicts.

Pyongyang’s National Defense Commission said last week some of President Lee Myung-bak’s aides had made secretive contact with the North earlier this year to propose three summit meetings. It also said that the Seoul officials “begged” for any gesture to appease South Koreans still angry over last year’s attacks.

The claims go directly against the Lee administration’s outward stance ― well received by the right wing here ― not to resume dialogue with the North unless it makes a proper apology for its deadly attacks on the South last year.

The South wants apologies the North for torpedoing its warship Cheonan in March and bombarding the western border island Yeonpyeong in November.

Pyongyang denies its responsibility for the first attack and accuses Seoul of making the first move in the second.

Experts say that North Korea may have sought to create conflicts in the South over its tough policy toward Pyongyang.

With North Korea apparently discarding the option of holding dialogue with South Korea as a way of rejoining larger-scale talks with regional powers, the Seoul government will face a dilemma in its diplomatic position, analysts say.

“We will watch how things develop,” a Unification Ministry official said on the condition of anonymity. “Truthfully, there is not much we can do now that North Korea has made clear it does not want to have anything to do with us.” 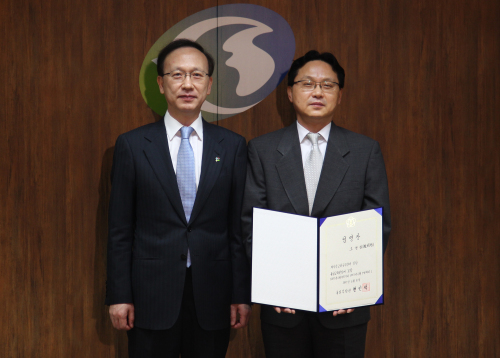 More than 21,000 North Koreans have fled to South Korea to avoid political oppression and hunger since the Korean War ended in a cease-fire, not a peace treaty, in 1953.

North Korea announced this week that it will develop two islands on the border with China as an economic zone, a move indicating Beijing’s unchanged financial support toward its impoverished ally.

North Korea “decided to set up the Hwanggumphyong and Wihwa

Islands Economic Zone in order to boost friendship (with China)and expand and develop the external economic relations,” the North’s Supreme People’s Assembly said in a decree carried by the North’s KCNA.

The North’s announcement comes on the heels of leader Kim Jong-il’s study tour of China’s spectacular economic development in May. The week-long trip was Kim’s third in just over a year.

As news over the groundbreaking ceremony were being aired, South Korea’s chief nuclear envoy Wi Sung-lac flew to China to discuss ways to revive nuclear disarmament negotiations with North Korea, including a three-step approach calling for inter-Korean dialogue as a first step toward resuming the negotiations.

Wi will meet his Chinese counterpart Wu Dawei on Thursday during a two-day visit to Beijing from Wednesday for discussions on the six-party talks, officials said.

The U.S. government voiced concerns Tuesday about the possibility that North Korea’s powerful military will hog the donated food, indicating its ongoing confusion over how to resume shipments of food.

In a press briefing, State Department spokeswoman Mark Toner reiterated, that his government has not made any decision on whether to resume the humanitarian aid.

The Barack Obama administration dispatched a team of officials and experts, led by Robert King, special envoy for North Korea’s human rights, to the communist nation last month in a bid to verify Pyongyang’s claim that its people urgently need food assistance.

Meanwhile, the U.S. government has tapped Sung Kim, a Korean-American State Department official, as its new ambassador to Seoul, diplomatic sources said over the weekend, a move that is expected to have positive influence over bilateral ties and ongoing efforts to denuclearize North Korea.

Once the nomination is officially confirmed, the 51-year-old diplomat will become the first U.S. ambassador to Seoul of Korean heritage.

The nomination of Kim is “a decision symbolizing stronger, upgraded ties” between the longstanding allies, a Seoul official said, asking not to be named until the nomination becomes official.

Revealing his desire at a news conference, the former South Korean foreign minister called himself “a bridge-builder” of the 192-member organization and vowed continued efforts in dealing with pending global challenges.

Even North Korea expressed its support, though unofficially, with its ambassador to the U.N. Sin Son-ho saying his country “actively supports” Ban’s reelection during a breakfast meeting with his Asian counterparts.

Ban has expressed his willingness to visit Pyongyang, should he be endorsed for another term, to help solve the ongoing stalemate in the six-nation talks aimed at denuclearizing North Korea and easing food shortages there.