Net profit was 92.7 billion rupees ($2.04 billion) for the year to the end of March 2011, up from 25.7 billion rupees in the previous year, the company said in a statement to the Bombay Stock Exchange.

Jaguar and Land Rover saw improved sales, with demand for luxury cars rising in key markets like the United States, Europe, Russia and China as they recover from the global economic crisis. 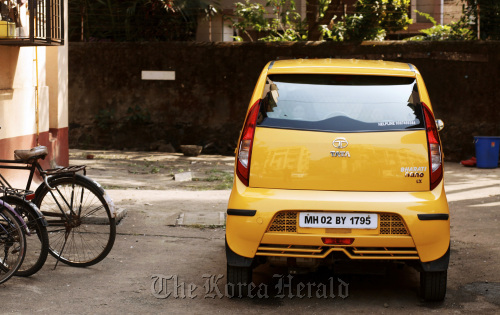 The two British brands have become important growth drivers for Tata Motors, recording six successive quarters of profit after the Indian conglomerate bought them from Ford for $2.3 billion in 2008.

“There is a very clear demand for our cars from developed markets,” said Del Sehmar, spokesman for Jaguar Land Rover India, adding that JLR now had its “best product line-up ever.”

Tata Motors, part of the tea-to-steel Tata Group conglomerate, is to open its first assembly plant in India for Jaguar Land Rover cars on Friday.

But despite higher volumes, Tata Motors said competition and rising input costs were concerns in the region.

“We have to be watchful about where commodity prices go,” chief financial officer C. Ramakrishnan told reporters.

Tata Motors has been forced to raise the prices of some of their vehicles, including the low-cost Nano, as prices of raw materials such as steel and rubber continue to rise.

Sales of the Nano, the world’s cheapest car, crossed 100,000 in the fiscal year ended March, officials said, with plans to export the sporty, jellybean-shaped car in the months ahead.

Carl-Peter Forster, chief executive of Tata Motors, said that although Nanos will be shipped to overseas markets, the aim is to build “a solid, long-term presence in such markets, prior to exporting the car.”

Indonesia, Thailand and Sri Lanka are some countries where the Nano could be exported, but officials declined to confirm details.

Tata Motors gained 27.75 rupees or 2.45 percent to 1,161.25 on expectations of strong earnings before results were announced.