The Devil She Knows
By Bill Loehfelm
(Farrar, Straus and Giroux) 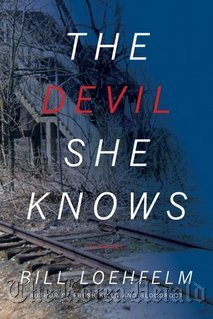 Maureen Coughlin, a 29-year-old cocktail waitress at a seedy Staten Island bar, has dropped out of college and is lying to her mother about it. She tells herself she’s saving money so she can go back to school, but she knows that is also a lie.

She pictures herself flirting for tips from drunks until she’s too worn out to attract them anymore. The only thing she can aspire to, she figures, is a promotion to work behind the bar. Being a barmaid for life is a terrifying prospect, but she cannot work up the will to do anything about it.

Late one night, after closing time, she stumbles upon a homosexual encounter between her boss and Frank Sebastian, a powerful Staten Island politician.

“I didn’t see anything,” she says, and rushes off. But the next day her boss is found dead on the railroad tracks, and Sebastian warns her that she better keep her mouth shut about what she had seen the previous night.

Maureen promises that she will, and at first she means it. She figures Sebastian killed her boss to silence him, and she has no intention of meeting the same fate. But soon, she wavers. Can she let Sebastian get away with murder?

Sebastian senses what is on her mind and begins to stalk her, sending her threatening messages and dispatching thugs to break into her apartment.

As the threats escalate, Maureen turns to Nat Waters, an aging detective who is struggling with a dark secret. She soon concludes that Waters is no match for Sebastian. She has no choice but to fight back on her own.

In Maureen, Loehfelm has created an unlikely hero who is both appealing and believable. She is fearful and vulnerable, but as the suspenseful story builds, she finds a reservoir of courage she never realized she had.

Loehfelm, who grew up on Staten Island (he now lives in New Orleans), portrays the street life of New York City’s most tribal borough so vividly that the place emerges not so much as a setting but as a main character in its own right. And he tells his story in an original voice that is by turns gritty and lyrical.

“The Devil She Knows” is a worthy successor to the author’s previous Staten Island novels, “Fresh Kills” (2008) and “Bloodroot” (2009). Rarely has a crime novelist launched a career with a trio of books that display such superior craftsmanship. (AP)


Why we should be concerned about bees 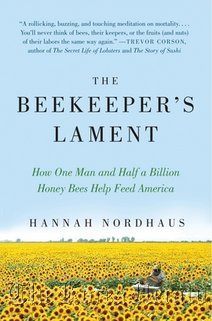 No doubt you’ve read at least one article about the global honey bee crisis; namely, that vast numbers of bees are dying or mysteriously disappearing. It’s the stuff of science fiction, but the reality is assuredly more disturbing. Hannah Nordhaus gets to the heart of the myriad possibilities of what’s threatening our bees, and why we should all be concerned.

The subtitle says it all: “How One Man and Half a Billion Honey Bees Help Feed America.”

Nordhaus centers her account on John Miller, a migratory beekeeper who hauls truckloads of bees from crop to crop to help farmers who don’t have natural pollinators. Honey bees are crucial to American agriculture, pollinating crops of 90 different fruits and vegetables. We would lose our almond crops almost entirely without bees, for example.

Nordhaus meticulously details this process, demonstrating how modern apiculture affects everyone from keeper to bee to farmer to consumer. She carefully explains all the dangers that honey bees face in a given season: While bees are remarkably hardy — they have the ability to protect, adapt and repopulate — they are also extremely fragile. One varroa mite has the capacity to take down an entire colony almost instantly. Nordhaus also calls into question, if not outright debunks, a few conspiracy theories about the bee crisis.

But the crisis is just part of the story — bees die all the time, and beekeepers must steel themselves for massive losses, season after season. And while pollination is a natural process, mass-pollination is a business, one that poses an additional threat to the livelihoods of both bee and keeper.

Nordhaus provides an almost overwhelming amount of information in a relatively short amount of space, but it’s a fascinating read from cover to cover, and Miller makes a genuinely likable American hero, despite the repeated mentions of how much he is not a “people person,” instead preferring the company of bees — and as the bees themselves come across as brilliant creatures, it’s not at all hard to see why. (AP) 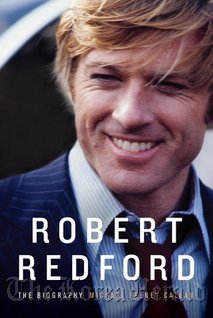 Too seldom is the life of an actor of Robert Redford’s stature given such a finely detailed and well-written exploration.

For film fans, the simple message of “Robert Redford: The Biography” may be that his talents have been underappreciated. Starring in popular movies like “The Sting” and “Out of Africa” and smaller films like “Downhill Racer” and “The Candidate” hasn’t led to the artistic respect other actors enjoy. Nor has directing fine films like “Ordinary People,” “A River Runs Through It” and “Quiz Show” ranked him among top directors.

Actually, nothing about Redford is simple. Author Michael Feeney Callan details the struggles and the failures, personal and professional, that Redford has endured while pursuing a life of spiritual and artistic independence.

Opposing ambitions have marked his 74 years. As a teenager Redford was a good kid by day and a delinquent by night. More intent on becoming Modigliani than Spencer Tracy, he eventually abandoned art when he found the stage to be the best venue for self-expression. He would remain a loner at heart, throwing himself into friendships and causes but eventually pulling back.

As a movie star, Redford enjoyed the money and influence, but he resisted predictable career choices and could turn indignant over his fame. An environmentalist, he created a ski resort, film institute and film festival in the Utah wilderness. Although eager to marry and raise children, he was often an absentee husband and father.

Callan allows Redford such a strong voice — the author had access to diaries as well as friends and relatives — that the book approaches autobiography. The upside is obvious: Redford’s views are plentiful and enlightening for understanding how he sees his world.

Between the lines lay the downside of such an approach. Callan reports the various points of view in a dispute, an act of balance usually offset by Redford gaining the last word. Challenging his subject doesn’t appear as high on Callan’s agenda as it should be. (The claim that screenwriter William Goldman wrote just 10 percent of “All the President’s Men,” the rest coming from Redford and director Alan J. Pakula, is persuasively rebutted in the writers guild magazine Written By.)

Too often Callan turns to others, including Redford’s children, to point out rationalizations and bad behavior, thus making Callan a strong reporter of fact but not as insightful a writer as a biography should demand. (AP)