More people are enjoying bread or pastries for breakfast for convenience’s sake.

Thirty-two-year-old office worker Kim Sang-il is one of them. Single, living alone in his studio and eating out everyday, Kim barely makes anything at home. He eats toast with jam and yogurt for breakfast. 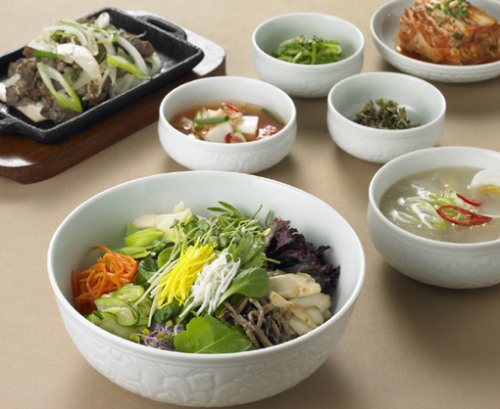 A recent study suggests that rice provides more energy than bread. (Imperial Palace Hotel)
Kim confessed that he does miss Korean food for breakfast. “So I try to strike a balance by taking Korean food for lunch,” he said.

But for Kim and many other people who now follow a more Western diet in the morning, the findings of a recent study should give pause for thought: rice provides more energy than bread.

The Korea Food Research Institute measured how long university students could perform exercise after eating rice or bread. Those who ate rice ran for an average of 456 seconds compared to those who ate bread, who ran for 311 seconds.

In subsequent research involving hamsters with hyperlipidemia, a condition which leads to high levels of fats, waxes, sterols and other substances in the blood, animals who were fed rice showed lower fat and cholesterol levels than those fed bread. The overall accumulation of fat was reduced while excretion of bile acid increased, the institute said.

The institute said it appeared that rice increases the expression of lipid metabolism DNA and fat-decomposing DNA. The findings were presented at a public forum on Wednesday.