The KTO reached an agreement with Michelin Guide in April last year to publish the Korea edition. A group of reporters collected information on major tourist sites, cultural and historical sites, accommodation and restaurants in Korea in the second half of the year, the KTO said. 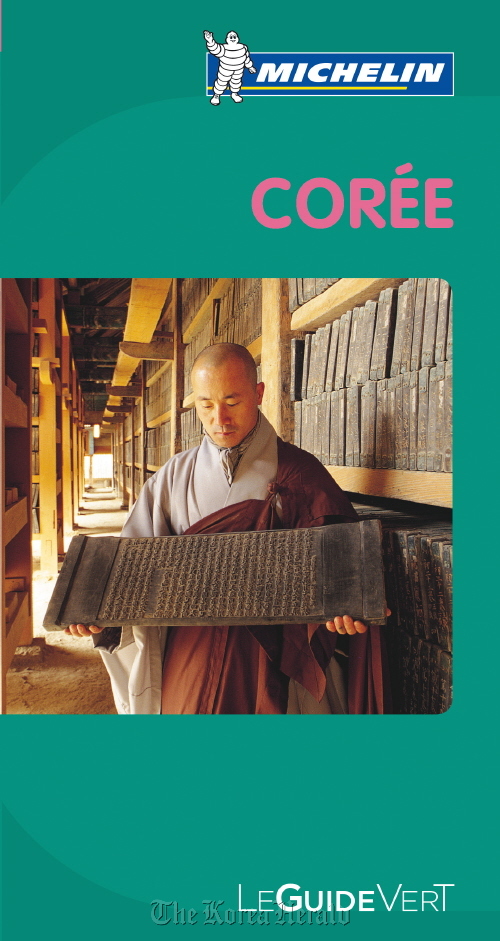 The cover of the Michelin Green Guide on Korea. (Korea Tourism Organization)
Michelin Guide comes in two editions ― the Red Guide focusing on restaurants and hotels, and the Green Guide on tourism.

The publication in France comes as Korean culture, including K-pop, is becoming increasingly popular not only among Asians but Europeans and Americans on the back of the Internet and social networking sites.

The KTO and Michelin Guide will hold a ceremony at the KTO on May 17 to celebrate the release of the book. Michelin Far East president Bernard Delmas, KTO president Lee Charm, and government and industry officials will attend the event.