In the final of the women’s 46-kilogram division here, about 370 kilometers southeast of Seoul, Kim defeated Li Zhaoyi of China 13-6. Kim, a six-time national champion, is the first South Korean high school student to win a world title in six years. 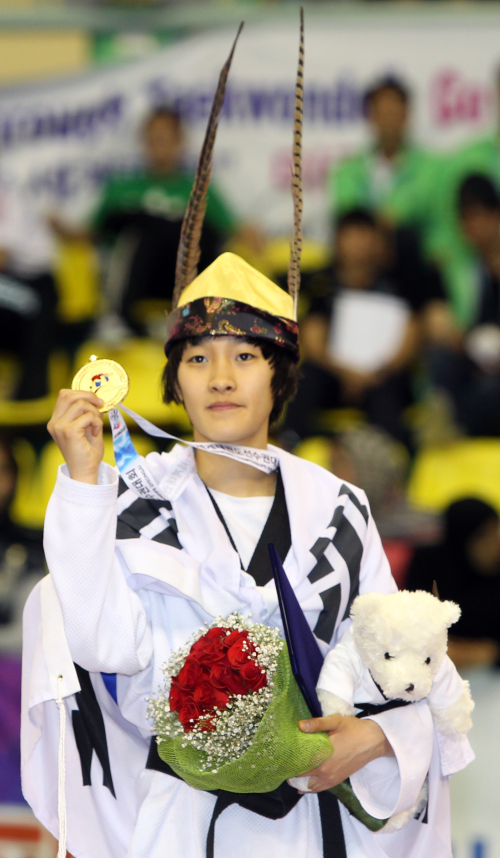 Kim So-hui (Yonhap News)
The 17-year-old injured her right big toe during an earlier training session and injured her left ring finger in the round-of-16 bout Thursday. The finger was wrapped up during the gold medal contest.

Kim gave up an early point to Li but then put up nine unanswered points for the gold.

In men’s 54kg class, South Korean Park Ji-woong fell to Chutchawal Khawlaor of Thailand and settled for silver. The two were scoreless in three regulation rounds but Khawlaor got a point in sudden death overtime.

With one day left at the championships, South Korea, the birthplace of taekwondo, has disappointed with just one gold, one silver and three bronze medals.

At the previous championships, held two years ago in Copenhagen, South Korean men and women combined for five gold, two silvers and two bronzes. The men’s team has won 19 overall titles in a row, based on points awarded for medals won, but that streak is now in danger.