The show, organized by the country’s top travel agency Hana Tour Services Inc., will have booths displaying travel options by region and theme, the company said. 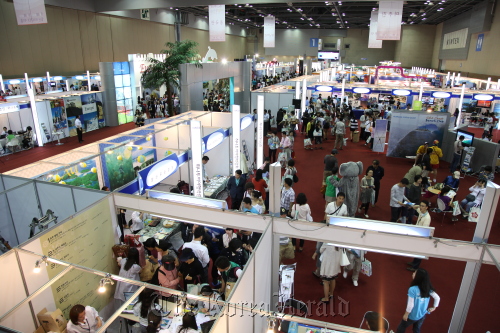 The company will also operate a booth in English for foreign tourists looking to travel in Korea.

Along with the booths displaying travel packages, the event will also have a number of sideshows including traditional performances from Hawaii and China, and a tasting event for wines and beers from various parts of the world, the company said.

At the show, the company will also be offering honeymoon trips with a 1 million won ($934) discount, and travel packages to Turkey, and Western and Eastern Europe at discount prices.

In addition, trips to Beijing and Shanghai will be sold at 99,000 won on a first come first served basis, the company said.