After performing to music from the ballet "Giselle" at Megasport Arena, Kim took a slim 0.33-point lead over Miki Ando of Japan before free skating scheduled for Saturday. The champion will be determined on combined scores. 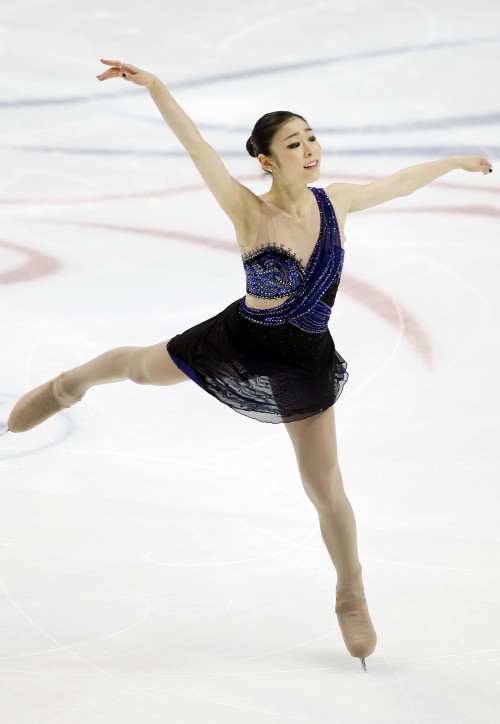 South Korean figure skater Kim Yu-na performs at the ongoing world championships in Moscow on Friday. Yonhap News
Kim, the reigning Olympic gold medalist and the 2009 world champion, botched the landing on the first triple jump of her triple-triple combination, and never took off for the second. But she successfully landed her next triple jump and added a double jump in combination.

She followed that up with a flawless double axel -- two and a half rotations -- and a series of steps and spins.

Kim is making her first competitive appearance since last year's worlds. She was seventh in the short program then but ended up in second overall behind Mao Asada.

Kim holds the world records in free skating with 150.06 and in the total points at 228.56. Both marks were set at the Vancouver Winter Games last year.