When a new drama teacher in a suburban high school puts on a production of “Lysistrata” (the classic Aristophanes play in which the women of Greece go on a sex strike against men until a war ends), the women and girls ― healthy grown women and teenage girls ― of the school community find that they have been placed under a kind of “spell” ― and that their own feelings toward the males in their lives have changed drastically, and perhaps irrevocably, overnight. “The Uncoupling” looks at how women feel about men, marriage, love and sex, and what it really means to say no.

Wolitzer taks with 20 Questions about, among other things, the simple pleasures of a man shirt. 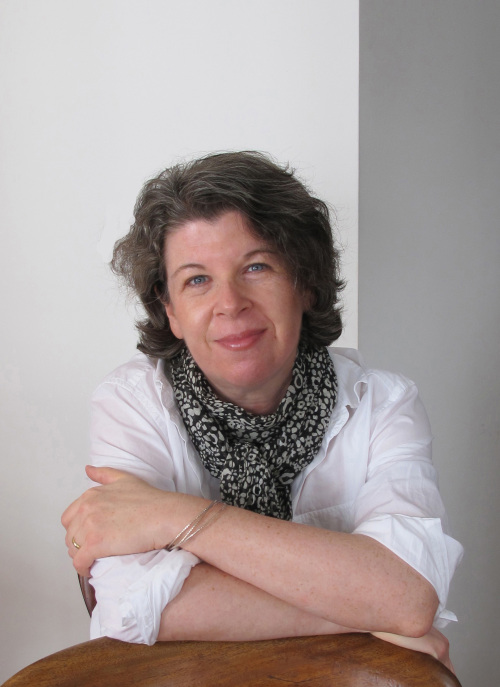 “The Uncoupling,” is bestselling author Meg Wolitzer’s ninth novel in which she brings her signature brand of humor and insight to the topic of the changing nature of female desire over time. (PopMatters.com/MCT)
1. The latest book or movie that made you cry?

“The Imperfectionists” by Tom Rachman. There’s a moment about the death of a child in this wonderful novel, handled subtly, tremendously; and then Rachman shows us the quiet destruction of her father, seen from afar.

Harriet the Spy. I wish I could wear that slightly grimy hooded sweatshirt of hers for the rest of my life, and be secretly intrepid and nerdy and never exactly get any older.

3. The greatest album, ever?

“Sgt. Pepper’s Lonely Hearts Club Band.” When I was a kid, my uncle came to visit from California and gave my sister and me record albums. She got Rod Stewart; I got the Beatles. (Sorry, Nancy.) Though it’s almost too exquisitely painful to listen to that album straight through ― like drinking an undiluted glass of some kind of memory drink ― I love it and find that even gazing at the cover puts me into another world, another time.

I get them confused! (They way people get Mr. Spock and Dr. Spock confused. Or interchangeably use the words uninterested and disinterested.) I suppose, for the sake of argument, “Star Wars,” but honestly, neither one ever excited me as much as they excited other people all around me.

A new novel by Kazuo Ishiguro. I await.

6. You’re proud of this accomplishment, but why?

Supporting myself as a writer. I mean, it’s a highly stressful position to be in, but what else have I ever wanted to do with my life?

Having the talent for friendship. My friends sustain me, and I throw myself into my life with them, and I am glad that I’ve held onto most of my friends over the years.

8. Of those who’ve come before, the most inspirational are?

The writers who wrote “as if everyone they knew were dead.” I don’t know who uttered this maxim, but it’s a great way to think about work ― how terrific it is to be unafraid of what other people will say. Those are the writers we still read.

9. The creative masterpiece you wish bore your signature?

“Lolita” by Vladimir Nabokov. Because then I would be a Russian genius.

Scrabble! I play fiercely and constantly. It’s a very sustaining game that keeps language front and center, even if it’s completely out of context.

11. The best piece of advice you actually followed?

“You can be a writer.” Said by my mom, and not once followed with, “But if it doesn’t work out, why don’t you think about taking the LSATs?”

12. The best thing you ever bought, stole, or borrowed?

My best friend Martha’s beautiful necklace. It looks like a monocle, and I still have it in my drawer and wear it every so often. I want to give it back; I just don’t have the heart to, yet. It’s much cooler than anything I’ve ever legitimately owned.

Levi’s. And an old soft cotton man-tailored shirt. (Do people still say man-tailored? I feel like I am channeling a saleswoman at Bloomingdales circa 1982.)

14. Your dinner guest at the Ritz would be?

Tom Stoppard. Even if I ran out of things to talk about, he probably wouldn’t. He’d be filled with things to talk about ― though perhaps not to me, now that I think about it ... I would in all likelihood have to eavesdrop on his conversation at the next table at the Ritz. He’d be there with ... Stephen Fry and Jonathan Miller and some other geniuses.

Bloomsbury! Though I would really have to get in the habit of writing letters and actually sending them, which Virginia Woolf and her crowd did all the time. I couldn’t be a letter-slacker, as I currently am, or I’d be booted out of that set.

Spa vacation, preferably paid for by some good-scented travel magazine.

Chocolate. Oh, and Snapple too. My friends joke that Snapple wrote all my novels. I need sugar to work, lots of it, sadly.

18. Environ of choice: city or country, and where on the map?

City, always city. Probably New York, the West Village ― in particular, Charles Street, where I used to live when I was in my early 20s. Though I would ideally like something bigger than that studio apartment with the teeny loft bed and floor that sloped like Van Gogh’s room at Arles.

19. What do you want to say to the leader of your country?

20. Last but certainly not least, what are you working on, now?

I am working on a long novel about talent and envy. Not outright, articulated envy, but the kind that eats away at people quietly over the decades. The fun kind of envy to write about.