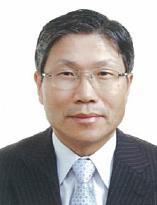 With the impending exhaustion of fossil fuels and the threat posed by climate change, mankind is faced with an urgent call for a paradigm shift from a traditional, fossil fuel-dependent economy to a green economy. Reducing greenhouse gases and solving the problem of climate change is an international matter which requires the endeavors of both industrialized and developing countries, based on the spirit of collective responsibility.

We face the imperative task of transforming the energy sector within the first half of this century. Global challenges call for global solutions. Sir Nicholas Stern, the world-renowned economist, has said that if we act now, the cost will only amount to 1 percent of global GDP per year. But delaying action could result in a cost of as much as 20 percent of global GDP.

I attended various meetings on clean energy such as the inaugural assembly of the International Renewable Energy Agency (IRENA) held in Abu Dhabi at the beginning of this month to discuss ways to promote renewable energy, as well as the Ministerial Meeting of “The Paris-Nairobi Climate Initiative and Clean Energy for All in Africa” held in Paris last week. At the meeting, participants agreed on the imperativeness of achieving universal energy access, economic development and on the urgency of the fight against climate change.

In addition to the development of clean energy including renewable energy, ensuring developing countries’ access to a stable energy supply has drawn more attention in the world, as about 1.4 billion people are living without electricity, with 31 percent of them in Sub-Saharan Africa.

Most African cities lack the means to fully carry out the tasks for developing clean energy and increasing energy efficiency. Access to energy is a vital need for rural populations, and key to their economic and social development. Capacity building of both the private and public sectors is one of the keys to success. It is an area where assistance from the international community is of particular relevance. Against this backdrop, the United Nations declared 2012 as “the international year for energy access.”

Providing sustainable energy in developing countries will require an increased use of renewable energy sources since they provide local income, and because they contribute to ensuring a secure supply of energy.

Furthermore, their use contributes to many environmental objectives, notably with respect to climate change and deforestation. Increasing the efficiency of energy use is a necessary complement to renewable energy. We should further promote the process of a comprehensive dialogue and consultation with a cross-section of stakeholders in order to generate the necessary public support that could prove essential for the success of such transformational public policies.

One of the main objectives of the green growth strategy is to create new engines of growth on multiple fronts with the aim of creating new investment opportunities. Various fiscal measures and incentives are instrumental in mobilizing green investments and can be expected to produce environmental, as well as economic, benefits.

Korea is willing to share its experience so far in its efforts to implement its green growth policy. We believe that in order for us to successfully achieve the goals that we have set out under our green growth policy, four key elements need to be in place. These are political leadership, comprehensive policy measures, a stimulus package for the transition towards green growth and, last but not least, a legal framework for realizing green growth.

Korea is also assuming the co-chairmanship of the preparatory meeting for the UN Commission on Sustainable Development Summit (Rio+20 summit) to be held in Rio, Brazil next year, as well as the co-chairmanship of the working group for the G20 Clean Energy and Energy Efficiency Initiative, the final report of which will be presented to the G20 Cannes Summit on November 3-4 this year.

In addition to these endeavors, Korea will continue to take the initiative in the field of renewable energy and share its experience of green growth with developing countries to embark on the most resourceful path toward a positive and thriving future for humanity.