Shared-growth refers to large companies’ efforts to support smaller suppliers and associated companies’ expansion efforts, which has gained increasing attention with the government promoting it as a major policy. 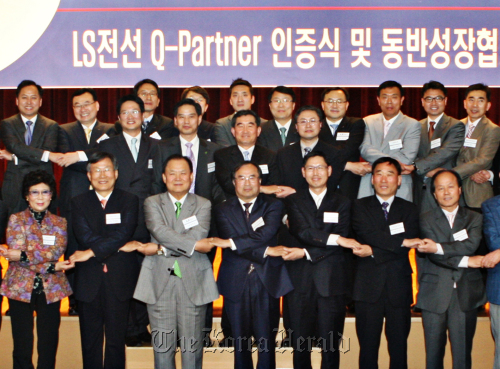 “It was organized to establish a sustainable shared-growth system based on the group’s new management philosophy of ‘LS Partnership,’” the company said in a statement.

According to LS Cable and System it operates a number of measures aimed at aiding suppliers’ operations including support fund, transferring patents to suppliers, R&D support measures and management consulting services.